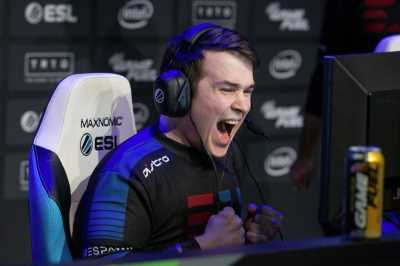 Anthony “Vanity” Malaspina announced via Twitter that he is retiring from professional Counter-Strike: Global Offensive (CS:GO) to pursue a career in Riot’s tactical shooter, Valorant. This news isn’t a huge shock, but it is a big move for the 22-year-old.

Here’s more about who Vanity is and his decision to switch from CS:GO to Valorant.

Vanity rose to success in CS:GO in late 2018 with Team Singularity when he won WESG USA with them. In 2019 he won the Fragadelphia 14 Grand Finals. He would go on to sign with Chaos Esports Club in 2020 where he would win Intel Extreme Masters XV and DreamHaCk Masters Winter 2020: North America.

He was a great AWPer and a good in-game leader. Vanity was an instrumental part of Chaos Esports Club’s success throughout 2020. Losing him will be a big loss for the squad and for CS:GO in general. It should be fun for Valorant fans to see him transition, however.

His reason for swapping games

In his TwitLonger, Vanity expressed gratitude to CS:GO and his former teammates and coaches, but he said he wants to start a new chapter in his career. He has been playing a lot of Valorant lately, so this move was largely expected. He doesn’t say much more beyond this.

Vanity hasn’t announced any plans for joining a team or anything of that sort yet. He will surely explore his options and try to find his way onto a team that will compete in the Valorant Champions Tour in 2021. He should have plenty of suitors given his previous CS:GO accomplishments.

We continue to see more players transitioning from games like CS:GO and Overwatch over to Valorant. Next year should be a big year for Riot’s budding esport. Be sure to stay tuned for all the latest news and stories regarding the game.