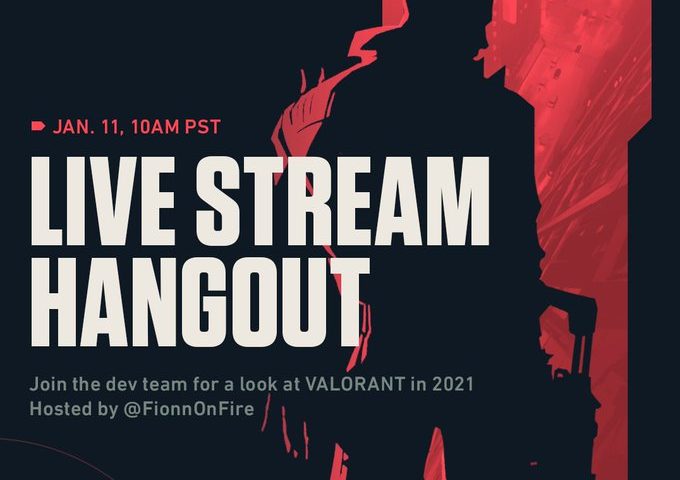 The first episode of Valorant is coming to an end on January 12, which means big changes are on the way. To help introduce some of the changes, Valorant devs are hosting a live stream hangout on January 11 at 10:00 AM PT.

Here’s what they will discuss during the stream along with everything we already know about Episode 2 Act 1.

During the live stream hang out, Valorant devs will discuss competitive play, game design, Agents, gun skins, esports, and more with the host of the show, Tyler “FionnOnFire” Erzberger. The devs will undoubtedly reveal plans for Episode 2 Act 1 here.

Since this is such a big update, there will likely be changes to competitive play along with balance changes. 2020 was a great start to Valorant, but the game is still in its early days. Episode 2 will be a great opportunity to implement new features. They will surely discuss these things here.

What we already know about Episode 2

We already know that there’s a new Agent named Yoru coming in Episode 2 Act 1. His abilities were leaked in a video over the weekend, so we have a good idea of what he will bring to the game. We also saw a video showing the Episode 2 Act 1 Battle Pass and its contents.

Episode 2 will also bring some new lore to the game. We don’t know too much about the world of Valorant so far, but a new episode will help bring us more insight into what’s going on on future Earth. What we know right now is basically all down to in-game interactions with the Agents and a trailer we got for Act 1: Ignition.

This stream will surely reveal a lot of information about what’s coming to the game. Be sure not to miss it, but if you do, we will have you covered on all the latest from it.