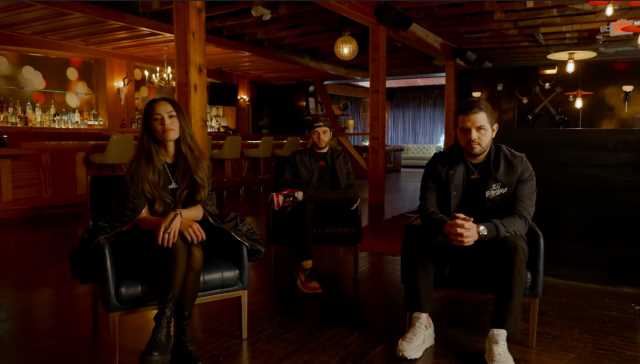 Courage and Valkyrae are two of 100 Thieves’ biggest content creators, and have been since the organization was first founded in 2018. They were part the original trio for the 100 Thieves content house before they added Brooke “BrookeAB” Bond. Since then 100 Thieves have grown to be more than just an esports organization. They have apparel collections and video content while also branching into new esports titles.

100 Thieves is currently co-owned by famous rapper Drake, who partnered in 2018 alongside media entrepreneur Scooter Braun. Despite owning a stake in 100 Thieves, Drake and Braun have not been actively involved in the company. They have served as figureheads in the background of the company while CEO Matthew “Nadeshot” Haag is in the limelight. However, the addition of Valkyrae and Courage will add to the faces of 100 Thieves.

100 Thieves continues to expand its brand with Courage and Valkyrae

Valkyrae and Courage have already begun to expand their own brands outside of 100 Thieves. Courage has begun to grow his audience from his original Call of Duty and Fortnite days to add more variety. On the other hand, Valkyrae recently appeared as Corpse Husband in Machine Gun Kelly’s latest music video.

Both have released their own version of merchandise to reflect their brands and the fans of them. 100 Thieves has always surrounded themselves with luxury apparel, something they also recently revealed on Monday. Valkyrae and Courage posed for the latest “Enter Infinity” collection releasing Saturday, April 10 at 12pm PST.

Nadeshot spoke with Valkyrae and Courage in the latest video where they discuss what it is like to become co-owners of 100 Thieves. The two reflected back on the time before they joined the brand where they were struggling to figure out what they wanted to do in the gaming scene. Valkyrae was a small-time streamer before blowing up with 100 Thieves. While Courage started his career as a caster for Call of Duty before joining OpTic Gaming and beginning small-time content creation.