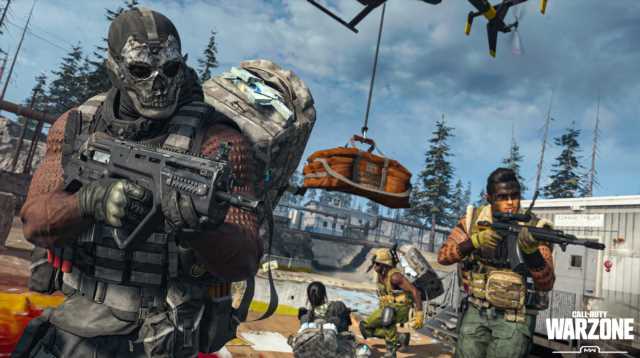 On March 15, players from the Toronto Ultra team competed against other challengers in the Bell Battle Royale tournament for Call of Duty: Warzone.

The event, which was free to enter and open to all of Canada, involved three Call of Duty: Warzone lobbies. The winning team from each lobby received $1,000 CAD. Meanwhile, second and third place earned $500 and $250 respectively. Bonus prizes were also awarded for the elimination of professional Toronto Ultra players.

After dropping in, duking it out and making plays, it was team MBags that won the crown in the first lobby. The team included players Nicholas “Nickool” Bray, Mayappo, Ottereyes and QueenShadows. The Twitch chat over on QueenShadows’ channel congratulated the team for their victory. Meanwhile, Nickool paid a visit to the official Bell Canada channel and briefly interacted with the audience.

The team did not relent during their second Call of Duty: Warzone matchup, either. Once again, they achieved first place after quite the series of kills. Although Nickool, Mayappo, Ottereyes and QueenShadows did not participate in the third and final lobby for the evening, their back-to-back wins were highlighted by Toronto Ultra over on Twitter.

As for the winners of the third lobby, it was team Fiery, which included players Trinitosss, xblackwar, Fraglive and Casper V. Trinitosss has a decorated list of wins noted over on his Twitch channel, while Fraglive boasts aggressive Warzone gameplay on his own livestreaming channel.

As for xblackwar, he uploads Call of Duty gameplay on the YouTube side of things. Over on Twitter, Casper V highlighted some of his past matches via TikTok videos. It seems that all of their past experience came into play during the Bell Battle Royale.

According to the tournament page, the original team of Toronto Ultra players scheduled to participate in the event comprised of Anthony “Methodz” Zinni, Tobias “CleanX” Juul Jønsson, Cameron “Cammy” McKilligan and Ben “Bance” Bance. However, Methodz was switched out and Jamie “Insight” Craven took his place for the tournament.

The Bell Battle Royale Cup for Call of Duty: Warzone was the first event of the Toronto Ultra Home Series.