Titans were the original powers who ruled the plane of Theros. Two of those titans, Uro, Titan of Nature’s Wrath, and Kroxa, Titan of Death’s Hunger, were finally revealed today after being teased with the Theros: Beyond Death (THB) spoiler The Binding of the Titans. And both are designed as a callback to Magic: The Gathering titans in the M12 set. 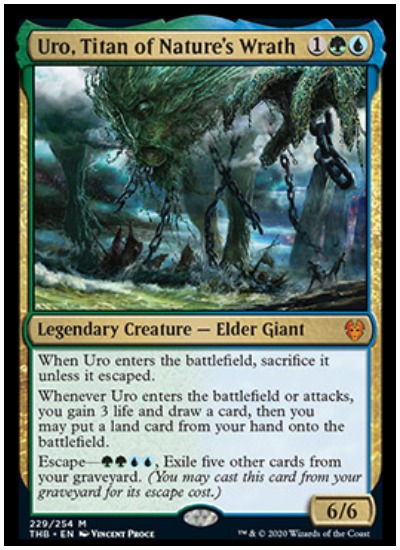 Upon entering the battlefield, Uro, Titan of Nature’s Wrath gains a player three life and draws a card. It also allows the caster to put another land onto the battlefield. With a CMC of three, one Blue and one Green, Uro’s ETB effect is essentially a mashup of Revitalize and Growth Spiral.