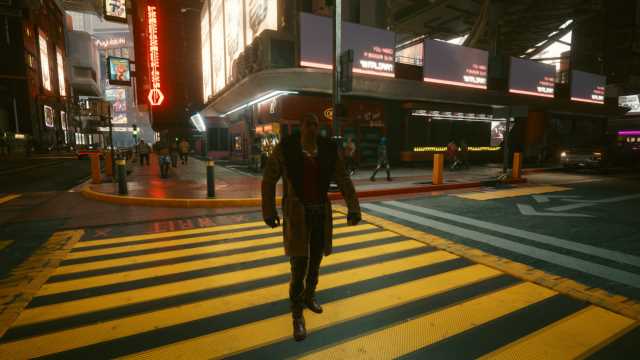 The Hunt is a side quest given to you by River Ward in Cyberpunk 2077. The second job for the NCPD detective, this quest is unlike any other in the game. It revolves around a kidnapper and murderer, Anthony Harris, who has been abducting boys and giving them different drugs. River Ward calls in need of help to rescue his nephew, who has supposedly been kidnapped by Harris. The Hunt is one of Cyberpunk 2077‘s most memorable quests and is quite heart-wrenching throughout. Here’s how to complete it and deal with some of its annoying bugs.

How to complete The Hunt in Cyberpunk 2077

To start, River will call you soon after you complete ‘I Fought the Law.’ He’ll say he needs help with a delicate matter and asks you to meet him at a specific location. When you meet with him, he’ll show you footage of Anthony Harris being shot and arrested. However, Harris is only in a coma, so River has you steal some pertinent information about him from a local clinic.

In Cyberpunk 2077, people’s dreams can be turned into Braindances and then looked through. At the clinic, you’ll need to find documents about Randy Kutcher, River’s abducted nephew. When looking through the rooms, find the children’s area and look at the file cabinets on the right-hand side.

After a doctor comes in and interrupts you and River, you learn that in order to get Harris’s dreams, you need a memory of his. To find a memory, River takes you to Randy’s house. You’ll also meet Randy’s mother, Joss. When prompted to, don’t say anything about Randy’s abduction.

When looking through his belongings, find the computer tucked underneath Randy’s bed. In order to access it without struggle, you’ll need a Technical Ability of 12.

After searching through it, you learn that Anthony Harris essentially brainwashed Randy into meeting with him. However, you do manage to find a video from Harris’s childhood that allows you to see his current dreams.

When viewing the Braindances, search for clues as you have in previous areas of the game. Although, when the game says “go to the next section of the Braindance,” simply hit “X” on PC. Cyberpunk 2077 doesn’t tell players this information for some reason. There are also a few other bugs that can occur, so save before heading into the BDs.

Once you’ve viewed and scanned for clues in all three, you’ll know that Harris’s victims are being held at a farm. River drives you there, but there’s a horde of turrets waiting for you. You can hack, shoot, or try to make your way around them. Regardless, head to the left side of the barn and climb up the ladder. Then, drop down to the platform and start viewing the various boys’ bodies.

River will find Randy alive, and once this happens, the quest is pretty much over. However, River will tell you he wants to kill Anthony Harris. You can let him do it or stop him, stating that Joss and Randy need him now more than ever.

That’s how you complete The Hunt. Make sure to stay tuned to Daily Esports for more Cyberpunk 2077 guides and news.