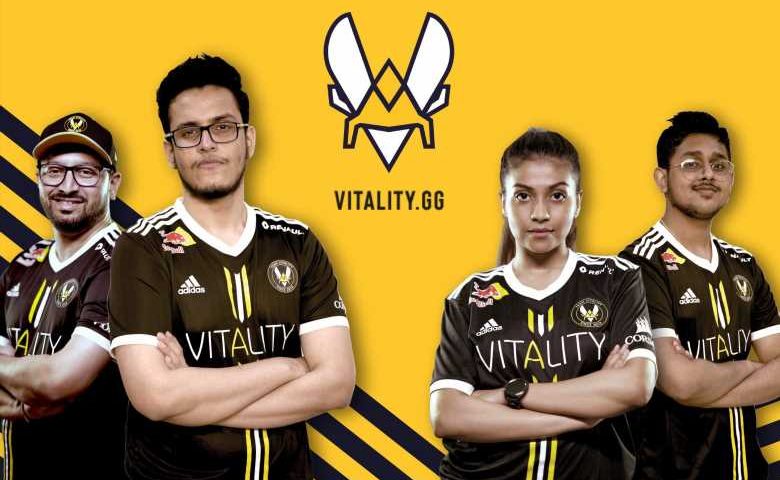 Despite a turbulent 12 months for esports in India, the opportunities created by the region’s expanding mobile gaming market has opened the doors to a host of new and exciting opportunities in 2021.

Last year was poised to be a breakout period for Indian esports, however, that was dampened following the country’s ban on PUBG Mobile. Nevertheless, 2020 still saw investors enter the region’s esports landscape in order to access this new potential fan base, along with its engagement opportunities and growing viewership.

Following Fnatic and TSM’s expansion into India 2019, Team Vitality became the third tier-one western organisation to set foot in India after announcing plans way back in November 2019. The organisation’s decision to raise around £12m was mainly based on their plans to expand into Asia – with India and China being named as the two most likely regions.

Increasing instability caused by the pandemic and the Indian government’s ban on PUBG Mobile meant that Vitality had to be patient and rethink its strategy, with the organisation initiating a new approach when entering the market.  In October 2020, Vitality formalised its decision to come to India and followed up on its announcement by signing four content creators from the region, outlining the organisation’s intentions to push on with its expansion.

Speaking to AFK Gaming, in association with Esports Insider, Vitality’s Chief Marketing Officer, Florent ‘ElChikito’ Gutierrez, explained how the organisation’s India project came to life and why now was the right time to expand.

“I believe people should not worry about timings: gaming and esports is nothing that will stop tomorrow. It can only grow in the near future. We wanted to wait, and we are still waiting to find the best opportunity and not ‘enter a market for just being there’,” explained Gutierrez.

“We had two main pillars in our strategy: one dedicated to working with local content creators, the second to start a competitive team from scratch, and with promising local talents.”

In a growing market like India, the lines between gaming, streaming and esports are often blurred and the names driving the numbers across the three verticals are often the same. As a core esports brand, Vitality’s approach in India has therefore been a diversion from their usual strategy, with the organisation’s first signings leaning more towards the content creator space.

Nevertheless, Gutierrez maintained that building a professional team is still very much a priority for the brand.

“The current climate in India is actually interesting: as it reminds everyone that videogames are products and that some interests can be broader than the ones that we may have.” He commented. “We are still committed to entering India, we will continue our groundwork to launch a team in the best conditions ever, and our target is still to do that in 2021!”

Vitality’s commitment to India has been comprehensive, with the organisation setting up a local team led by former Sony Playstation country head, Randall Fernandez. The approach is similar to Fnatic, who leaned on Nimish Raut, a former Red Bull, Star Network and Riot Games employee, to lead its India project.  Meanwhile, TSM partnered with an Indian organisation, Entity Gaming to set up operations in the region.

For organisations entering India, a key piece of the puzzle has been the ability to successfully integrate their global partnerships as meaningful ones for their newfound fan base. Gutierrez explained that India gives Vitality not only the opportunity to explore new dynamics with existing partners, but to also find and welcome new names on board.

Despite the growing popularity of both gaming and esports sectors in India, investors can’t be faulted for being sceptical for a variety of reasons. The ongoing ban and mobile-first approach are both unfamiliar territories for many organisations and investors. Regional differences, language and cultural barriers too are important issues to tackle in order to fully unlock the potential of a region like India. Gutierrez is aware of the challenges and paints the picture that his organisation is in it for the long haul.

He elaborated: “India is an emerging nation and the second most populous market in the world. But despite its size, its biggest challenge is the dependency on one/two publishers to invest and help build the esports ecosystem.

“We want to do our best to help grow this field from the bottom up by scouting and giving international exposure to local talents, but also offering grassroots competitions to show publishers, and the rest of the ecosystem, that India carries an immense potential for the global development of esports.”

Vitality’s entry into the Indian market breathes new life into a scene that has been looking for any and all signs of positivity since the ban. The release of Wild Rift in 2021 coupled with the active efforts of Free Fire and Call of Duty: Mobile has helped weather the storm in the last few months and is a sign that India isn’t solely reliant on PUBG Mobile in order to have a say in the global esports conversation.

The real test will be when Vitality chooses to field Indian rosters. Only time will tell whether the organisation can successfully bring over the same philosophies that saw Vitality soar to the top of titles such as CS:GO, League of Legends, and Rocket League.

This story is written in collaboration with AFK Gaming. AFK is an India-based esports media and content company that aims to provide quality and consistent coverage about teams, players, tournaments and competitive video games with a primary focus on the Asian region.