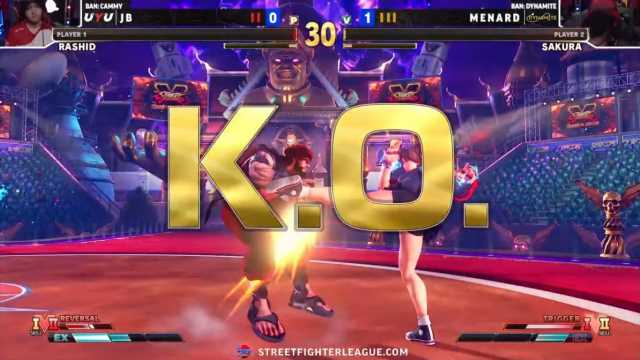 Last week was the eleventh week of season 3 of Street Fighter League and the closer we get to the playoffs, the more intense the battles are becoming. This week saw team UYU’s Oil King, JB, and Kami trying to break their losing record against team Dynamite’s Smug, MenaRD, and Gamerbee. Later in the night was Psycho Shinobi’s HotDog29, Caba, and Xian against iDom, 801Strider, and SKZ’s recently dethroned team All-In. To start the night off, UYU banned Cammy targeting Gamerbee and Dynamite banned Akuma targeting Kami, who has been the target of many of the bans against UYU.

The first match was Kami versus Gamerbee in yet another Seth mirror. This is becoming increasingly common in Street Fighter League, and is really highlighting the strength of the character. Kami was able to take game one 2-0 and UYU seemed to be off to a good start. However, as been the case for UYU for quite some time now, this was not a sign of what was to come. Gamerbee proceeded to take game two 2-0 and game three 2-1 with a crazy scramble at the end of game three leading to Dynamite putting the first win up for the night leading 1-0.

JB was finally able to unleash his Rashid, but unfortunately for him it was against MenaRD and his impressive Sakura. Despite only just recently picking up the character, Mena has shown incredible growth with her and he continues to prove what a strong and versatile player he is. Mena was able to throw JB using Rashid’s own tornado as cover against him and took game one 2-1. In round two of game two JB was able to score a perfect off of Mena. However Mena’s pressure game was on point as always, and he was able to take game two 2-1 with an overhead as JB landed from a jump. That’s right, an anti air overhead. Leave it to Mena to pull something like that off in Street Fighter League. 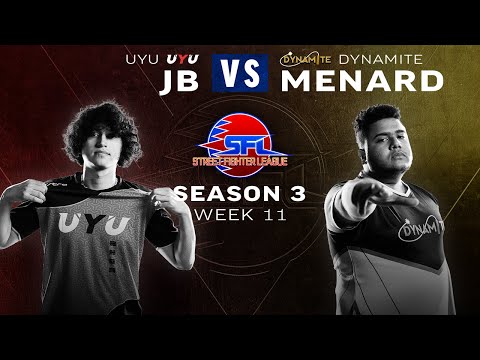 Can Oil King pull a Punk?

Now that Dynamite was up 2-0, it was up to Oil King and his Rashid to pull a Punk and make a comeback. However, his first opponent was Smug and his Balrog, and Smug wasn’t about to let that happen to him again. Oil King was able to take game one pretty decidedly 2-1, but Smug came right back taking game two 2-0 and game three 2-1. Dynamite won the night 3-0 without UYU putting up a single win on the board. Unfortunately for team UYU, their losing streak continues as they remain without a win this season, standing at 0-7 in sixth place.

The second team battle to round out the night was All-In versus Psycho Shinobi. All-In banned M. Bison targeting HotDog29 and Psycho Shinobi banned Laura targeting iDom. Even though both of iDom’s Laura and Poison are a threat, Psycho Shinobi seemed far more confident in the Poison matchup for their team. First up was HotDog29’s Kolin versus 801Strider’s G. HotDog29’s Kolin is still very impressive, but up against the offensive powerhouse that is Strider’s G there just wasn’t much that the poor ice girl could do against the President of the Earth. Strider took game one 2-0 and game two 2-1 putting All-In on the board 1-0.

One of the highlights of the second half of this season has been seeing players who had been held back under the ban system in place with Street Fighter League finally unleashing their strongest characters. Nowhere is that more the case than with Caba and his Guile. The Dominican phenom was able to take down SKZ’s Seth in game one 2-0 and game two 2-1. Now Psycho Shinobi and All-In were now tied 1-1 thanks to Caba’s fantastic performance. The third match was Xian’s Seth versus iDom’s Poison. This was easily the most back and forth match of the night, and whichever team won would have a huge momentum swing going into the next match. It was a back and forth slobberknocker as Xian took game one 2-1, followed immediately by iDom winning game two 2-0. In the third and final game Xian was able to take it 2-1 and put Psycho Shinobi ahead 2-1. 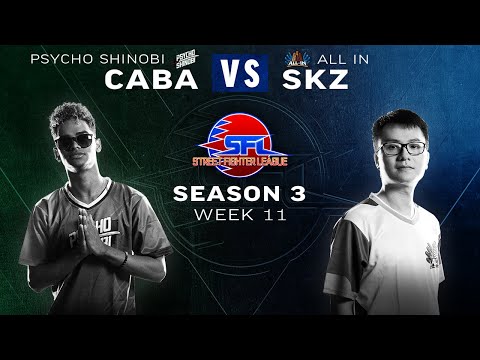 Go home and be a family man!

Unfortunately, with only 5 more weeks to go, it appears that the math is no longer in UYU’s favor to make it to the playoffs. However, if All-In cannot regain the same level of dominance they had at the start of the season, we might very well be seeing Alpha 3 and Dynamite in the finals. Week 12 of Street Fighter League will take place this Thursday on January 14, with Alpha 3 versus UYU and NASR versus Dynamite. You can catch it on the Capcom Fighters YouTube and Twitch channels at 7 PM ET. 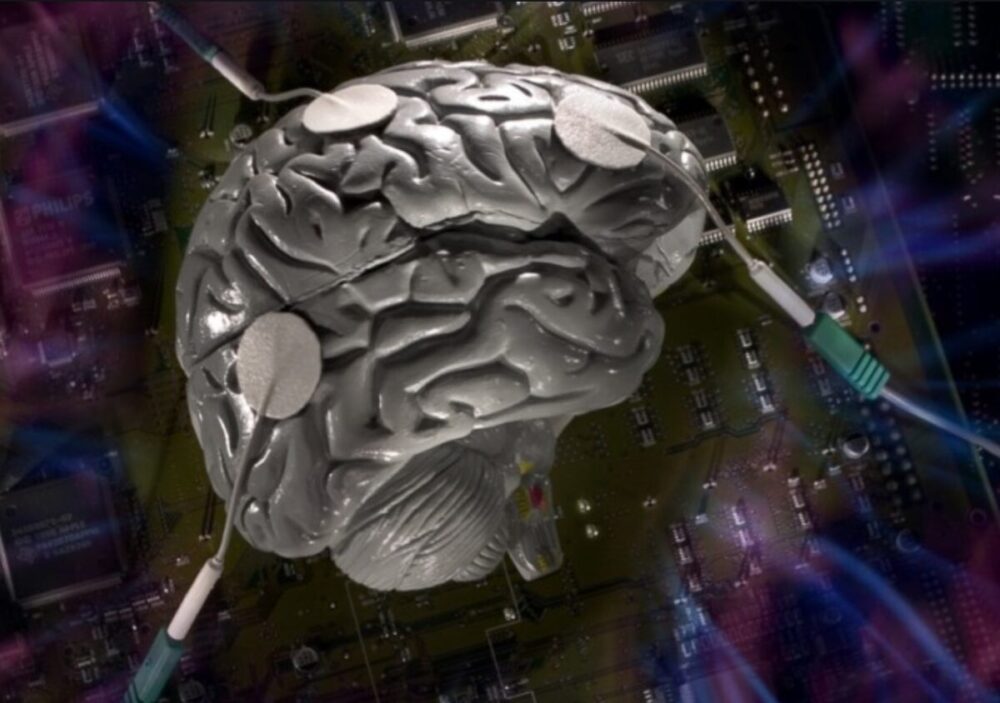