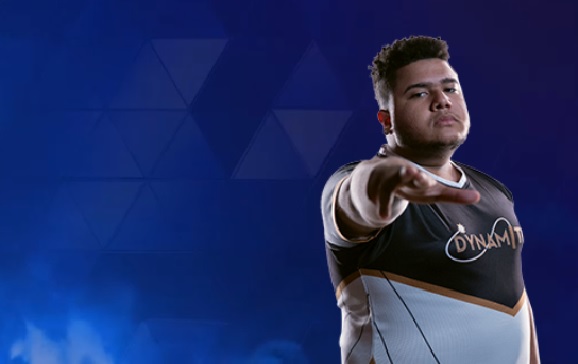 DES: How did you come to be involved with Team Dynamite and with season 3 of Street Fighter League in general?

MenaRD: I was invited to the Street Fighter League after the European players could not attend because of travelling issues. At first I was drafted by Psycho Shinobi with HotDog and Xian, but Smug wanted me on Dynamite and we came to an agreement.

MenaRD: Caba was considered for Street Fighter League because he’s an amazing player and we both qualified for the 2020 Capcom Cup. But after every team drafted their players, Smug was deciding on who to draft, but it was not convenient for him to have a character specialist on his team after he lost (Nuckle)Du. Psycho Shinobi expressed to me that Caba was their 2nd choice after me, so I decided to join team Dynamite with Smug so that Caba could join Psycho Shinobi.

MenaRD: Well, the Capcom team right now is amazing and those guys really should be appreciated in the community. They are very aware of what’s happening in the community and they can see things from a lot of different perspectives. Capcom was the one that told me about the cup in the Dominican Republic and I just tried to help with what I could. Since my team and I have a lot of experience with tournaments in the country and we really wanted to see it happen.

DES: In week 15 right before the finals you and the rest of Team Dynamite played amazingly against Alpha 3. What was the team’s mindset going into that match and how did you feel about the matches that night personally?

MenaRD: Yeah, personally, I should have been more confident in some of the matches and I didn’t trust my Abigail enough (laughs). As a team we were amazing. [There are] a few things we could have done better, as there’s always room to improve, but we tried our best and I’m proud of how Dynamite did.

Looking back on season 3

MenaRD: I personally think Seth has good advantage over G and I was doing pretty good on the matchup versus other G players. I was able to win vs 801 Strider and Nephew so I thought it was a good idea to try the matchup again in the playoffs. I was not ready for how good Big Bird was in the match up. Looking back I believe I should have picked Sakura or R. Mika, since he probably practices the Seth matchup a lot with AngryBird. But I don’t regret my decision since it was a good one and it was a decision the team agreed with.

DES: There are very few players who can pick up so many characters and excel with them like you can. How do you juggle handling so many different characters and matchups at the same time?

DES: What made you decide to pick up Sakura for this season of Street Fighter League? She is a very strong character but I still feel like she gets looked over compared to others on the roster. As a big fan of the character, it was great to see you perform so well with her.

MenaRD: Thank you (laughs). I picked Sakura because a friend of mine is a big fan of her and I wanted to show him how strong she was. Eventually, I found her very fun and decided to give her a try in tournaments.