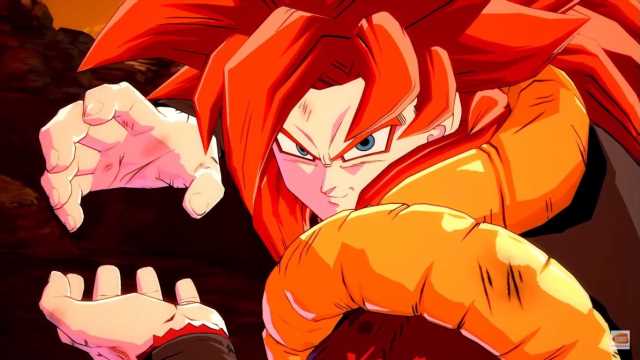 SS4 Gogeta has the ability to airdash twice, something that no other character can do. This means that his mixup potential with the right lockdown assist is incredible. He is also the first character to directly interact with the Dragon Ball/Shenron mechanic. SS4 Gogeta’s uppercut move lets a player gain a dragon ball on hit or block. This move does not have a lot of blockstun though, so its primary function will be for ending combos. This means that SS4 Gogeta has extremely easy access to Shenron, the game’s biggest comeback mechanic.