Black has two solid picks in Theros: Beyond Death Limited with Drag to the Underworld and Final Death.

Drag to the Underworld isn’t as good as Murder or Cast Down, but it’ll hold up in Theros: Beyond Death (THB) Limited. It’s a four-mana card creature removal card that uses the mechanic Devotion to reduce its casting cost. 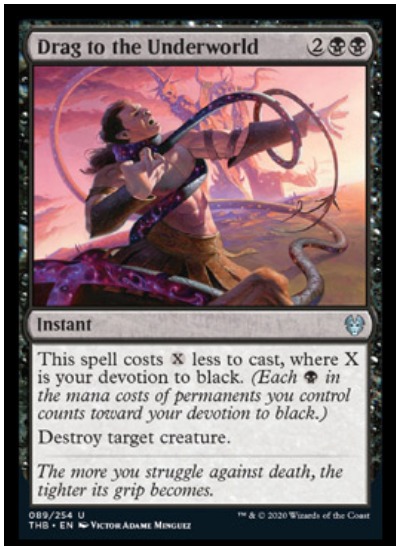 The only downfall to Drag to the Underworld is that THB is heavily focused on graveyard shenanigans. An opponent might not mind having a small Aggro creature removed from the battlefield when it can be used as fuel for a card with the Escape mechanic later in a match.