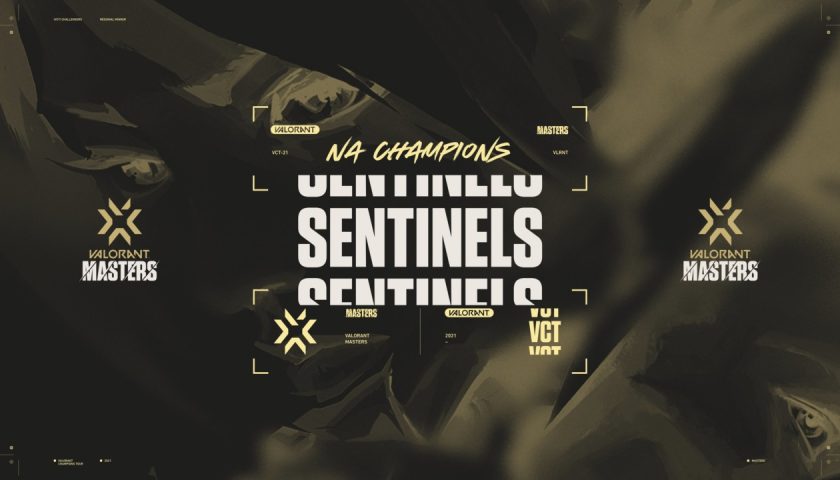 Sentinels took the first North American Masters tournament 3-0 over FaZe Clan on March 21. FaZe Clan came into the match from the lower bracket, getting knocked into it by Sentinels the day before. Sentinels cruised their way to the Grand Finals, only dropping a single map in the process from the upper bracket.

The Sentinels run comes in the wake of Jay “Sinatraa” Won and his suspension as he is under investigation by his team and Riot Games following sexual assault allegations by his ex-girlfriend, Cleo Hernandez. In his stead, Tyson “TenZ” Ngo, former Cloud9 player and current streamer, took his role on the team as the primary duelist player.

For Sentinels, Masters started facing off against Luminosity Gaming in their first match. Luminosity is one of the few teams to have beaten Sentinels in a best-of-five. They were also one of the only teams to take a map off the eventual champions. But, Sentinels cruised past them to face off against 100 Thieves and then FaZe. The champions dispatched 100 Thieves in a quick 2-0 match, winning the first map 13-2. Then in their first matchup with FaZe, the team–led by Shahzeb “ShahZaM” Khan–took both maps convincingly.

In the final matchup with FaZe, Sentinels did show cracks early on. FaZe had an 8-4 led into the halftime switch, but only managed three more rounds before Sentinels took the map. The team came out a little cold in the first map and needed to tighten up their communication, according to ShaZaM in the post-game interview.

“We had a good talk after that, we were playing a little hesitant,” ShaZam said.

The rest of the series was more cut and dry as Sentinels took the next two maps 13-7 and 13-4 respectively. Michael “dapr” Gulino was the standout on the final two maps. He finished on the top of the leaderboard in kills across both maps even with his lurking playstyle and agent of choice, Cypher. Even with TenZ in as a substitute, and him never playing in a final of this magnitude before, the team was relatively cohesive and dominated FaZe throughout.

“We played really lose especially with a stand in, everyone was actively talking about their plays and what they want to do,” ShaZam said.

As for FaZe, the team only recently started putting up massive numbers and posting wins across the region. But this may just be the beginning according to the teams coach, Thomas “Trippy” Schappy.

“We’re just gonna start from here and keep building our way up to the top.” He said. “I mean we’ve come a long way from the past couple of months so I think we have a really great shot to hit Iceland.”

Sentinels come away from the tournament with 100 circuit points towards international competition and the title. FaZe comes out of the event with 70 points as the team’s massive growth propels them into the upper echelon of North American Valorant.