Canucks Sports & Entertainment has announced a partnership with Adamas Esports Training + Performance for the 2020 season. The esports training facility will serve as the official performance partner for the Canadian sports company’s Overwatch League franchise in the Vancouver Titans and its Call of Duty League franchise, Seattle Surge. 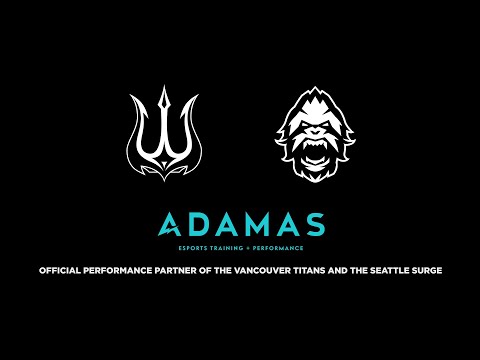 “Our team at Adamas is focused on defining the global standard for measuring and improving esports performance and a multi-year partnership with the Vancouver Titans and Seattle Surge is the perfect proving ground,” said Caleb Cousens, CEO of Adamas Esports Training + Performance, in a release. “This is a great opportunity to collaborate with a forward-thinking organization like Canucks Sports & Entertainment in an effort to help their athletes perform when it matters.”

The partnership will see Adamas Esports Training + Performance administer baseline testing and monitoring to the esports players part of the Vancouver Titans and Seattle Surge. Adamas will provide one-on-one education to players, coaches, and staff, along with access to its facilities to increase esports performance. This will also help minimize the stresses that follow intense travel schedules — something more apparent with the required home and away games in the 2020 season.

“Our goal in this partnership is to help the Titans and Surge reach not just their performance and championship aspirations but also their fitness and health goals,” commented Tim Holloway, Esports Director of Aquilini Entertainment. “Through the expertise of staff and practitioners at Adamas and Fortius, our teams will be able to garner tips on how to best handle the various stresses that can arise in competing at the highest level in esports.”

The Adamas Esports Training facility features a state-of-the-art high-performance fitness center, multidisciplinary sports medicine clinic, restaurant, and more. Physical fitness might not be as important in esports when compared to traditional sports. However, a healthy lifestyle contributes positively to mental performance, which is a big requirement for what is needed in team-based esports titles like Call of Duty and Overwatch.