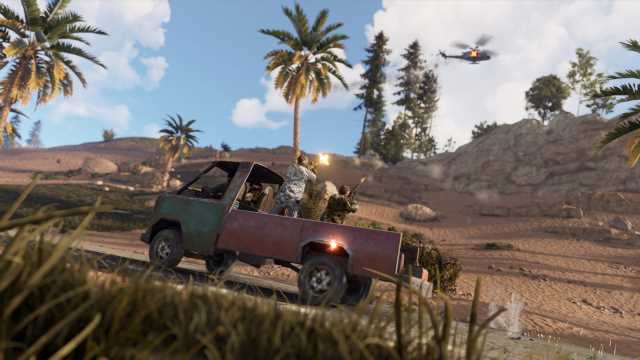 In late 2020, dozens of streamers joined a server on the popular survival open-world game Rust. The server was originally set up by Rachel “Valkyrae” Hofstetter and the OfflineTV team. Featuring over 50 content creators, the server was fairly exclusive and highly toxic, as PvP (player vs. player) combat was the focal point. As often the case, PvP fighting led to some high-intensity moments and some streamers actually quitting the server. However, to try and temper the situation, OfflineTV is going to create a new server and also add some new features with the help of Facepunch, Rust‘s developers.

The resurgence of Rust is overall a great thing for the community and streaming platforms. The game is now seeing hundreds of thousands of viewers tune in every day on Twitch. Prior to the new streamer server, Rust wouldn’t come near these numbers on a daily basis.

Rust is consistently beating out games like Warzone on Twitch.

However, the new craze hasn’t been too kind to some of the streamers involved. Imane “Pokimane” Anys actually quit the server after so many toxic bouts  broke out. Valkyrae also experienced the dark side of Rust when she ended her stream prematurely due to her chat backseat gaming a little too much.

To try and combat some of these issues, OfflineTV is working with Facepunch studios to create a new server. The improved version will add some new features and also house fewer players. This is an effort to reduce the amount of PvP and fights that have broken out between streamers as a result. Michael “shroud” Grzesiek explained how the server will work in a recent stream.