Before the start of the 2020 Spring Split, Riot Games has revealed that the LCS is undergoing some significant changes to its playoff formatting for the year, including a new way to qualify for the World Championship that will be replacing the North American regional qualifiers. 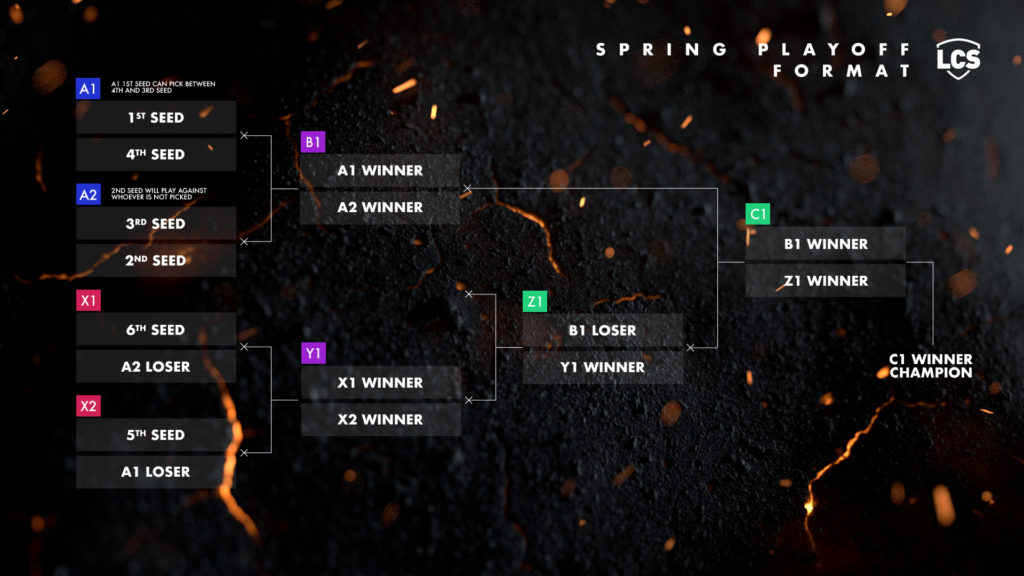 For the Summer Split, however, things will be different too—for the playoffs, the top eight teams will move from the regular season to a seeded best-of-five format with a losers bracket. Teams will now qualify from Worlds based on the new Summer Playoffs format, and will no longer get a chance via the Regional Gauntlet. The Spring Split playoffs will begin on Saturday, March 18 with the first round. The second round will be hosted a week later, the third round will occur a week after that, and the finals will eventually take place on Saturday, April 18 and 19.