In a season like no other, these shining moments helped brighten the LCS. 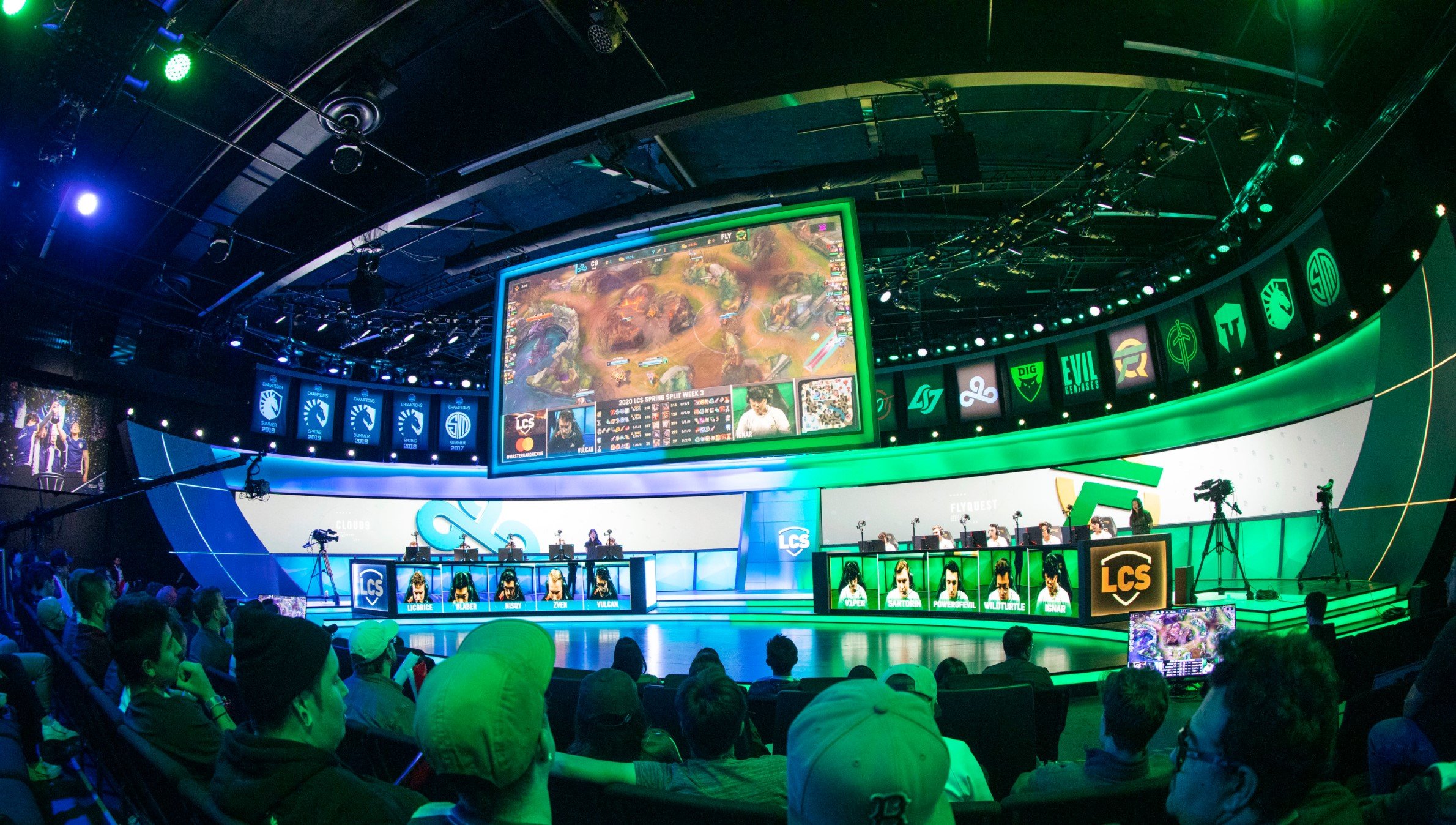 For the LCS, 2020 was a season like no other. With countless roadblocks placed before the league at various points throughout the season, North American League of Legends was challenged time and time again. But shining moments of brilliance allowed the league to prevail, even when the future was at its bleakest—especially during the early portion of the season.

Largely, each organization in the league had some sort of incredible moment on the LCS stage at some point in 2020. Regardless of the overall performance of the league in comparison to the rest of the international scene, the LCS was home to some of the greatest highlights that 2020 had to offer.

Here’s one great moment from every team in the LCS in 2020.

Coming into the 2020 season, 100 Thieves had been marked as one of the most intriguing teams in the LCS. After the front office rebuilt a majority of the roster that took the team all the way to the LCS finals back in the spring of 2018, the team nearly repeated its feat after securing a top-three finish to close out the 2020 Spring Split. This time around, however, the organization looked committed to developing young players like Stunt and Ryoma. And frankly, that investment by the org into its own talent pool seemed to be paying off for quite a while.

But even though things didn’t pan out for 100 Thieves in the Summer Split, this brief moment in time where the squad was considered a top-three team in the LCS was truly the high point of the season for the organization. 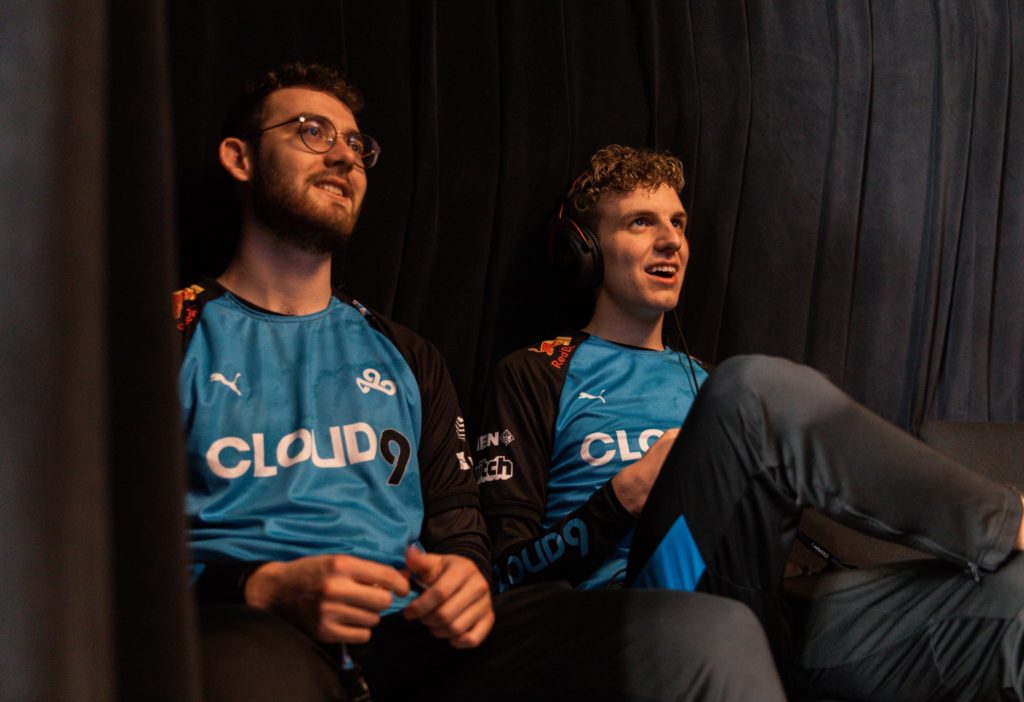 It’s hard to even fathom that it had been six years since Cloud9 had previously won an LCS split prior to the spring of 2020. But when the organization finally captured its first title since 2014 earlier this year, C9 did so in emphatic fashion. The team won 26 of its 28 games across the regular split and playoffs, while also going on a 12-game winning streak to start the season.

Once the dust had settled, C9 walked away from the 2020 Spring Split as one of the most dominant teams a single LCS split has ever seen. The entire roster served on the league’s all-pro team from top to bottom, while jungler Blaber was given MVP honors. Furthermore, the team’s head coach Reapered was named Coach of the Split after taking the team to the top of North America.

It’s going to be incredibly difficult to see another team do what C9 did this past spring. Dominant teams of that caliber only come around once every so often, so expect C9’s 26-2 total record to stand at the top of the history books for quite some time before another team tops that performance.

It was a tough season for CLG, but beating longtime rival TSM likely always feels good for the org. Coming into a largely meaningless week six game in the spring, CLG had little to play for aside from pride. The team was 1-9 coming into the day, but that didn’t stop CLG from outlasting TSM in a 37-minute marathon.

Pobelter stood out as the star of the contest on Viktor with his 4/0/6 scoreline being the best in the game. Additionally, a strong performance was needed out of the veteran mid laner since he was looking to prove himself after being brought back to the roster in place of Crown. The CLG mid lane situation was certainly in turmoil this year, but for one brief moment, Pobelter gave fans hope with an impressive performance over the organization’s greatest rival.

Things were on the downturn for Dignitas in the Summer Split, but securing a playoff spot by the skin of their teeth was something the organization could be at least a little proud of. After experiencing heavy roster turnover between the Spring and Summer Splits, Dignitas found itself in a state of turmoil throughout most of the back end of 2020. But an impressive, end-of-season tiebreaker win over CLG on the backs of top-tier performances from Dardoch and Fenix showcased the idea that maybe this roster of veterans did have a little bit of juice left in the tank after all.

It had been six years since Evil Geniuses even played a game in the LCS before the organization was given the chance to compete for one of the top spots in the league in the 2020 Spring Split. After being relegated from the league in 2014, EG was given another shot at competing on the North American stage after purchasing the franchising slot previously owned by Echo Fox.

And on April 4, EG won its first playoff series in the LCS 3-1 over FlyQuest. A second-place finish in the regular split eventually gave way to a top-three placing in the playoffs, marking a true high point for the organization. Regardless of whatever came next for EG, winning a playoff series and shaking the organization’s LCS reputation from six years ago was a huge step in the right direction. 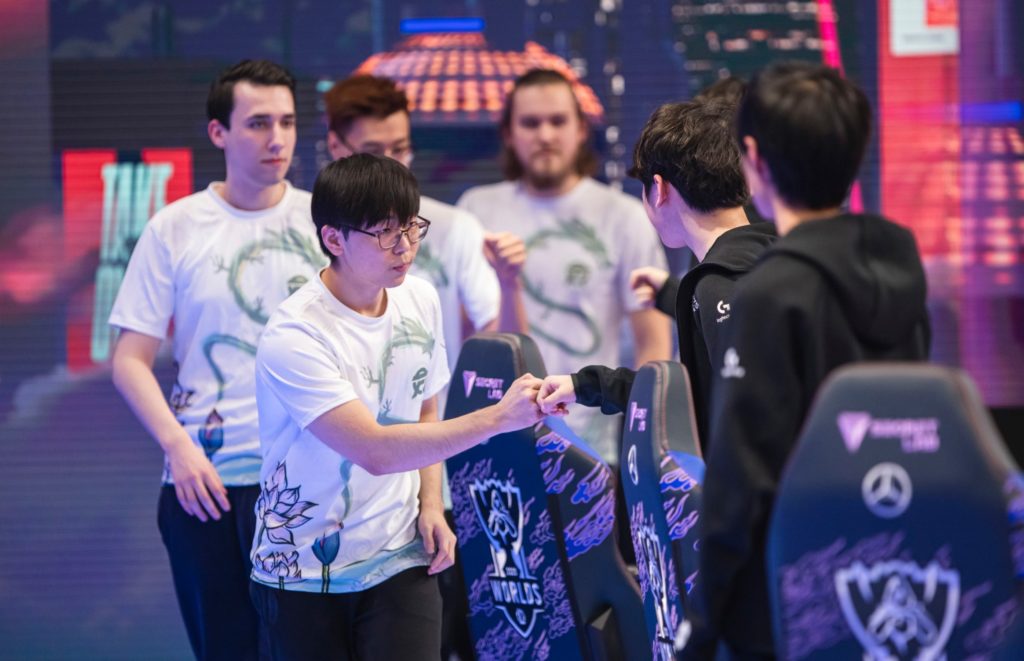 Perhaps it’s only fitting that the biggest win for North America in 2020 came in a largely inconsequential game at the World Championship long after all three LCS teams had been eliminated from the event. But when FlyQuest took down Top Esports on Oct. 11, the full trajectory of an organization that had taken itself from the depths of mediocrity all the way to the stage of the World Championship was on display.

In 2020, the team finished second in back-to-back splits, falling to C9 and TSM in the spring and summer finals, respectively. But at Worlds, FlyQuest showed that it could hang with the heavy hitters of the international scene as well. The team’s statement win over Top Esports, a team that eventually went on to finish in a tie for third at Worlds, was proof that FlyQuest has made massive strides as an organization. Of course, the team showcased inklings of greatness on the domestic stage, but once it upset the LPL champions at Worlds, any ideas about FlyQuest’s potential were cemented in proof.

Golden Guardians: Sweeping TSM in the first round of the Summer Split playoffs, Aug. 13

In a make-or-break season for Golden Guardians, the team put together a strong roster at the back end of the year, showing off a mix of young talent and cornerstone veterans that not many teams in the league are able to sport. Untapped potential lined the Golden Guardians roster, notably in players like FBI, Closer, and Damonte—and all of that potential came to a head in the first round of the Summer Split playoffs against TSM. Golden Guardians made quick work of their opponents in a clean 3-0 sweep, upsetting the eventual champions in a shell-shocking loss.

This series proved, above all else, that the core of players that Golden Guardians was committing itself to was ready to compete at the top level. With three convincing wins over the team that eventually won the title just a few weeks down the line, Golden Guardians showed just how ready its foundational roster really was.

Immortals: Four-game winning streak during the Spring Split, Feb. 2 to 16

In a season filled with rough patches for Immortals, the team’s greatest moment of the year came right at the beginning when IMT started the Spring Split with a jolt of energy. The team’s four-game winning streak between weeks two and four allowed Immortals to secure possession of second place nearly halfway through the split. Decisive wins over teams like 100 Thieves and Team Liquid were catalysts for talk surrounding Immortals as a serious contender in the LCS.

Obviously, things didn’t go as planned, however. Immortals lost seven of their final 10 games to close out the split. But fans still got to see a brief moment of greatness for Immortals, even if the team plummeted down the standings in the weeks to come. 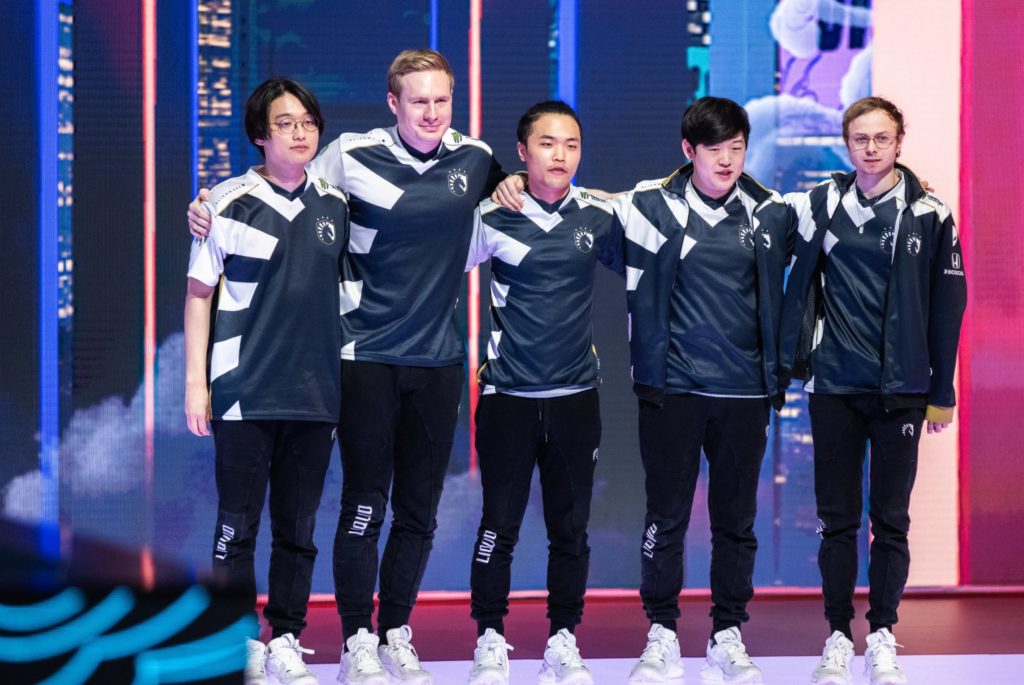 Weeks after Liquid’s hopes of an LCS Summer championship came crumbling down and the team had to settle for NA’s third seed at Worlds, the roster rebounded with a massive win over G2 Esports at the World Championship. With their backs against the wall, Liquid kept their tournament hopes alive by striking down an opponent that had gotten the better of them for the better part of the last two years.

The devastating 3-0 sweep that G2 dealt Liquid in the finals of the 2019 Mid-Season Invitational still cut deep, but the wound closed a little when Liquid picked up a win over G2 in this year’s Worlds group stage, forcing the standings in Group A to tighten up.

In the end, Liquid weren’t able to completely seal the deal at Worlds this year and exited from the tournament with another 3-3 record in the group stage. But this win against G2 was an incredible moment that showcased the team’s resilience and outright grit. If Liquid lost this game, the squad would’ve fallen to 0-3 in the Worlds group stage—a certain death sentence. Instead, Liquid found their inner spark, toppling over G2 to keep their hopes alive for one last shot at greatness.

It took TSM three full years to get back on top of the LCS, but when the organization finally captured its first domestic title since 2017 this summer, the payoff couldn’t have been stronger. In a season that saw TSM struggle with roster development, on-stage gameplay issues, and countless other problems surrounding turnover and stability, the team finally got on track at the end of the season, proving that whenever they’re able to land on their feet, TSM does exactly that.

The team essentially built its roster from the ground up with a familiar blueprint, bringing back a strong majority of players who carried TSM to the top of the league all those years ago. In one last hoorah for longtime mid laner Bjergsen before his retirement, TSM made sure that the North American “G.O.A.T” went out on top of the league in which he made a name for himself.