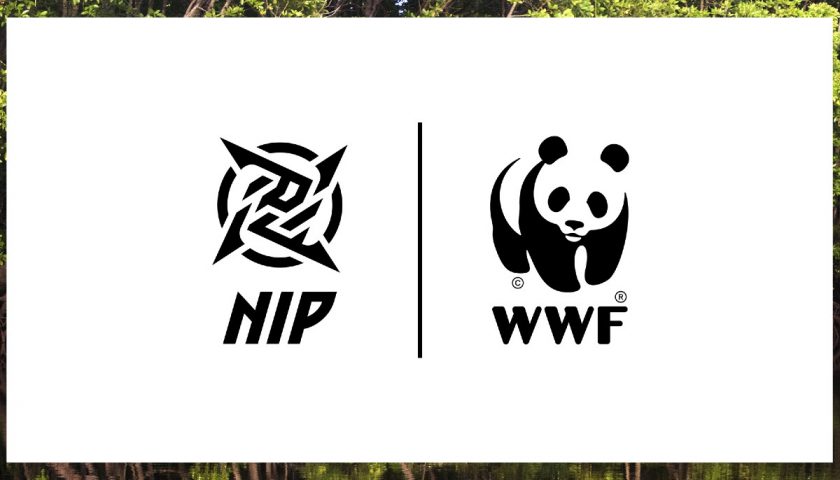 Today, it was announced that the Swedish esports team, Ninjas in Pyjamas (NIP), and the World Wild Life Foundation (WWF) are teaming up to raise much needed funds through a new campaign, Earth Hour 2021. This collaboration seeks to foster environmental awareness through a virtual streaming series on both WWF’s and NIP’s channels from now until the event on March 28.

NIP will be streaming the following games: CS: GO, Valorant, FIFA and Rainbow Six. Other unannounced games will also be streamed according to the report from Esports Insider. 100 players from across the Philippines will also be participating.

The pandemic has forced charities to get innovative when it comes to raising funds in lieu of paused in-person events. It’s a new world that many charities have to navigate but they are reaching new audiences that they otherwise wouldn’t be able to attract.

Excitement about raising awareness through streaming

WWF and NIP both seem excited about the collaboration to bring awareness to protecting the environment and animal conservation. Lucy Chen, WWF’s Austrailia Livestream Fundraising Coordinator, made the following statement:

We’re here to remind everyone that we are all connected, not just to each other, but to nature. And together, we can put nature back on the global agenda and change the ending. Whether it’s by hosting your own WWF charity stream, donating to another creator’s campaign, or spreading the word on social media – everything counts. Because alone, we may feel small. But together, anything is possible.

Everyone is invited to participate

Other streamers are encouraged to raise funds on their own, even if they aren’t part of a league or team. There are also some pretty sweet rewards for the top three donators. And, other prizes are available for those who meet certain donation thresholds. The top donator will receive an all-expenses-paid trip to an esports event of their choosing. Additionally, those who come in second and third will earn a merchandise prize pack and a gift card to their online store. Everyone who donates over five dollars, according to the website, will get a discount code to NIP and their partners.

The response on social media has been mostly positive. Other streamers and teams have commented that they, too, are contributing their own prize money to the cause. It will be interesting to see the total amount raised following the conclusion of the campaign. It seems that streaming fundraisers may be the future for aiding charities, and this method doesn’t seem to be going away anytime soon. We have esports to thank for that.

Those interested in earning streaming rewards and learning more information about the event can head over to the official partnership website.