The Mobile Legends: Bang Bang Professional League – Philippines Season 6 is nearly upon us. Set two kick off in just two days on August 20th, the sixth season is looking to be one for the books and will have $120,000 (₱6,000,000) on the line.

Cignal Ultra and NXP Solid are joining the cast of teams after making it through the open qualifier and will join Aura PH, Onic PH, BREN Esports, Execration, Blacklist International, Omega PH Esports, BSB, and Blu Fire, the eight direct invitees in the upcoming season.

You can find the groups provided below:

Season 6 will see some changes in terms of formatting and you can find those along with the opening week schedule below.

-Participants: 10 teams;
-Regular Season lasts for 6 weeks;
-20 extra matches player (65 instead of 45);
-All matches played in best-of-three format
-Top 8 teams advance to the playoffs;
-Bottom 2 teams will be degraded;
-The Open Qualifiers will decide the 2 (new) teams qualifying for MPL.
-Group matches will take place on Fridays and Saturdays while the inter-group series’ will be held on Sundays.

ONIC will take on BREN esports in the season opener, a match any fan of MLBB certainly doesn’t want to miss.

Back-to-back champions of Season 4 and 5, Aura PH will make their Season 6 debut against Execration on day two before closing out their week against BSB on day 3. 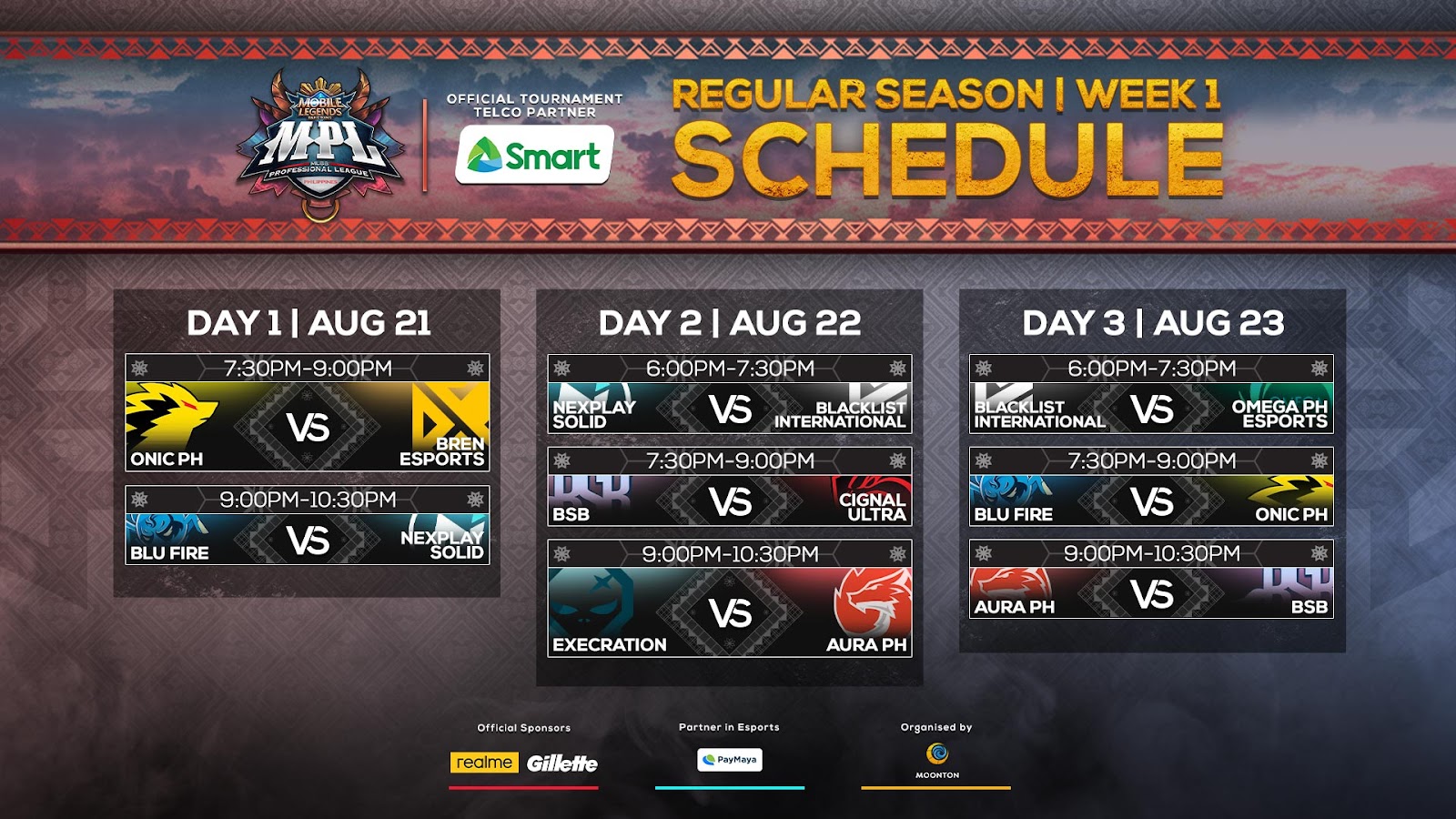 Want to read some exclusive interviews from MPL-PH teams? VPEsports has you covered. Check these out: