League lead gameplay designer Mark “Scruffy” Yetter gave fans a sneak peek of the upcoming Patch 10.1 changes in a Twitter thread today. It appears that season 10 begins with a myriad of adjustments in an effort to balance the outliers.

Newcomer Aphelios has taken over the Rift, dominating bot laners with his range, speed, and ultimate damage. The AD carry will take a hit next patch, along with broken top laner Mordekaiser. And the lengthy Sylas changes will go into effect, potentially bringing more mid lane assertion to the Unshackled.

Here are the full League Patch 10.1 changes slated to arrive next week. 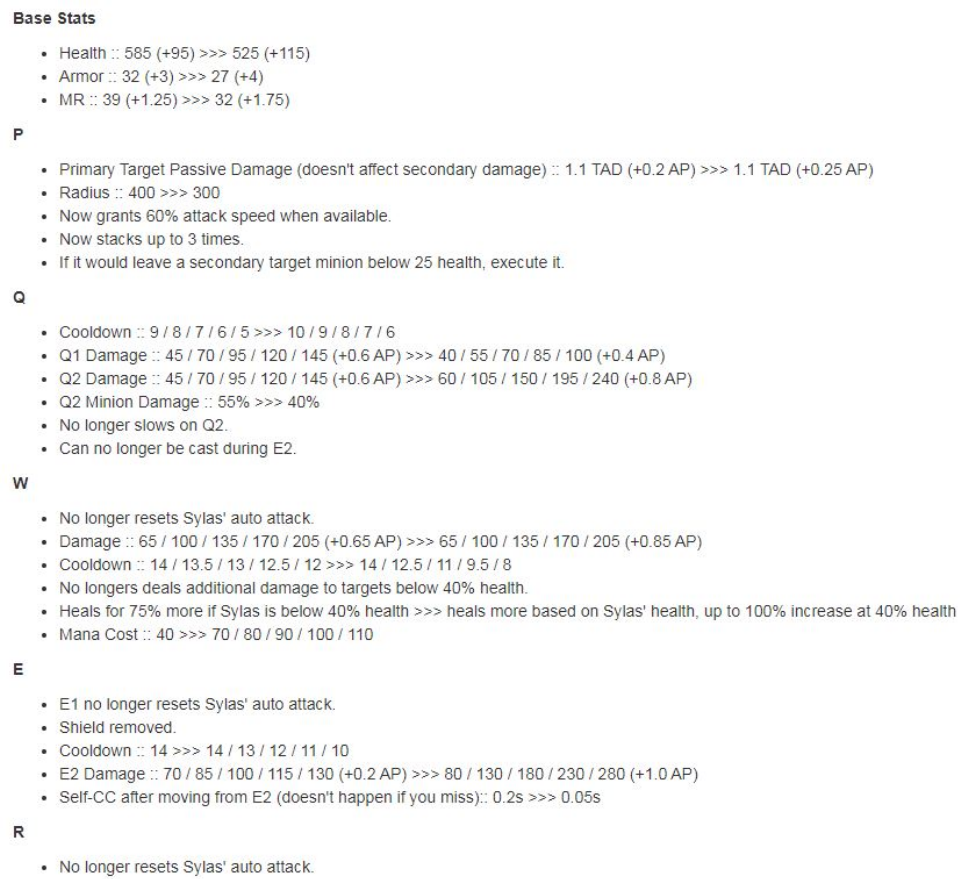 Scruffy previously said that Riot devs plan on shifting Sylas’ mechanics to give him more weaknesses at high elos while making him a “viable champ” for the majority of League players. To do that, Sylas will no longer have the oppressive lane control that he previously had. The Unshackled’s damage, tankiness, and cooldowns will scale much better into the late game, however.