As a result, the two parties will join forces on a range of projects that include bespoke digital offerings and esports tournaments. 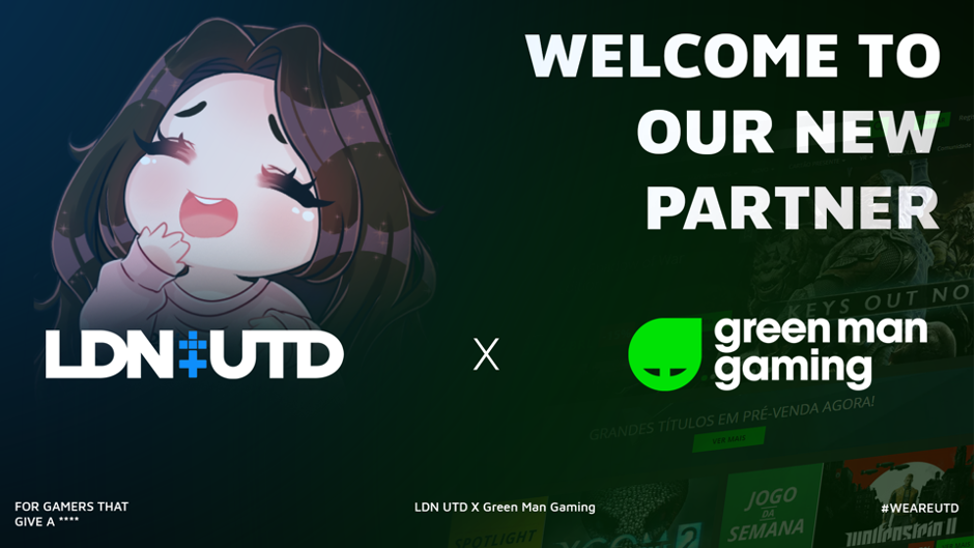 The partnership will see the organisation and retailer collaborate on a joint programme taking place at LDN UTD’s Centre of Excellence, which is set to open in Camden in late October. The facility will enable gamers to attend workshops on physical and mental health alongside opportunities to further their education or career prospects.

Oliver Weingarten, Founder and CEO of LDN UTD, spoke on the deal in a release: “It always makes sense to partner with organisations that align with values and can enhance our offerings to the community, and with Green Man Gaming, we have the perfect partner to form a long term strategic partnership that encompasses many elements. The partnership with GMG will allow us to reach even more people with our messaging, which can only be a positive.”

Ian McGregor, Chief Marketing Officer at Green Man Gaming, also commented: “At Green Man Gaming, we believe that games are for everyone and have the power to drive positive change. In LDN UTD we have found a partner that shares our values and drive to use games for good.

“We’re excited to embark on this partnership that will not only benefit our direct consumers but has the potential to reach and serve the wider games community.”

Esports Insider says: LDN UTD has a strong track record when it comes to raising awareness of important issues such as inclusivity. With Green Man Gaming’s history of involvement in social causes, the retailer is the ideal partner for the organisation to launch a new programme in its new facility.