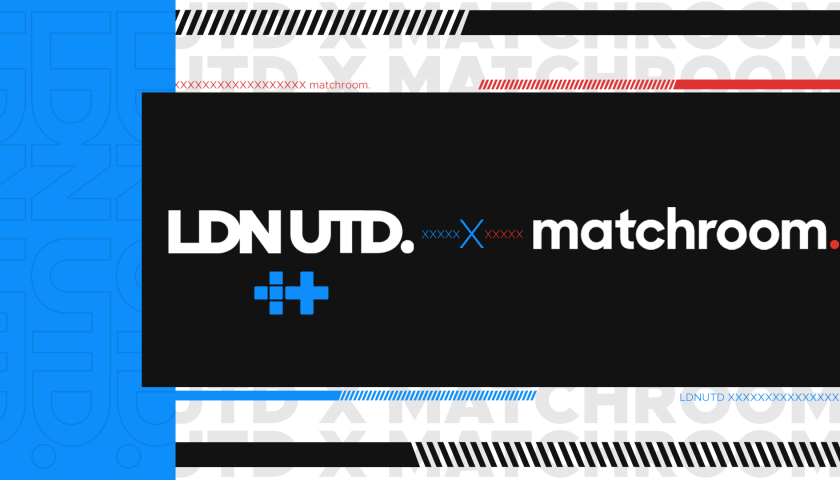 British esports organisation LDN UTD has announced its partnership with sports programming supplier Matchroom, in a bid to unite esports with traditional sports events and athletes.

According to the release, the ‘first stage’ of the partnership is expected to focus on the Professional Darts Corporation, followed up by a regular ‘Matchroom Monday’ series with Matchroom Boxing athletes.

Collaborative content appearing on Matchroom and LDN UTD’s social channels will feature athletes from the Professional Darts Corporation, as well as players from the esports organisation’s FIFA, League of Legends, Valorant and Fortnite rosters.

Oliver Weingarten, CEO of LDN UTD commented: “The trajectory of esports might not be the obvious direction for Matchroom, but as a sports entertainment business, they’ve recognised the growth of esports, its demographic, and potential to continue to bring new fans to their sports.”

Matchroom Mondays will commence later this month, with the series featuring content across various esports titles. Different themes will also be utilised to complement each of the esports players and athletes. The activation is also expected to offer opportunities for community engagement and participation throughout.

Matthew Porter, Director of Matchroom added: “Esports is the fastest-growing consumer industry, and has only become more prominent during the pandemic.

“It therefore made sense to align with an esports organisation that wants to grow a community by promoting a healthy lifestyle and social issues. We’re looking forward to showcasing our athletes in a different environment and engaging the community.”

Esports Insider Says: Matchroom is a huge supplier of sports in the UK, so it only made sense for them to partner with an organisation that has shared common values. This is a brilliant partnership for LDN UTD and should help the organisation reach a wider audience.