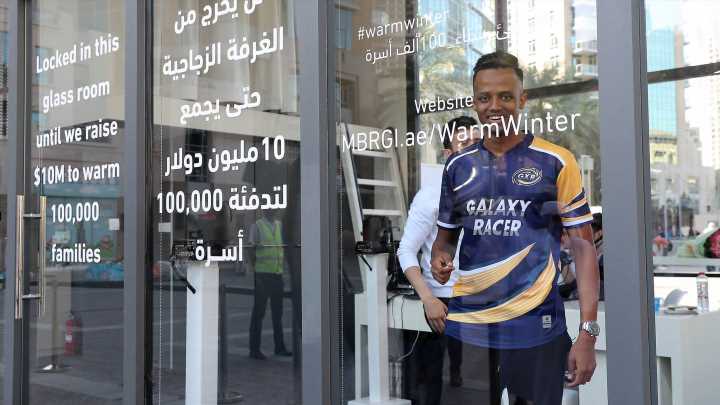 To some, breaking a world record is the embodiment of greatness. Being able to do something that nobody else has ever documented. 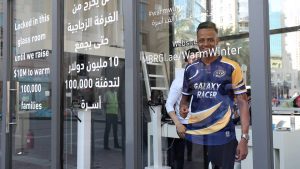 AboFlah recorded the title of the longest live stream (video) and most viewers for a charity donation live stream on YouTube. The latter saw him attract 698,000 peak concurrent viewers on the platform.

The charity stream for the ‘World’s Coolest Winter’ campaign saw him raise over $11m (~£8.1m). The donations will be used to help aid more than 100,000 refugees and people in need facing harsh winter conditions.

The question is, how did this stream come about? According to AboFlah, it all started from a brainstorming session with Galaxy Racer and the team at the Mohammed Bin Rashed Al Maktoum Global Initiatives.

AboFlah told Esports Insider: “We decided to come up with something unique that has never been done before.

“We decided together to place myself locked up in a glass box near to the tallest building in the world, the Burj Khalifa. It was a successful charity fundraising campaign, as we overachieved our target of $10m (more than $11m raised) and even smashed two Guinness World Records!”

A figure of this magnitude not only highlights the giving nature of the esports and gaming community, but also emphasises the gaming sector’s growth as a whole. Moreover, with ABoFlah being an Arabic-speaking content creator, it reflects the growth of esports and gaming in the region and speaks to the industry’s truly global nature.

“Esports and gaming has certainly taken off by leaps and bounds, and the success of this fundraising initiative via livestream is a testament to that,” emphasised AboFlah.

“It will definitely keep growing year-on-year and we hope it will inspire other content creators to use their influence to do good with positive impact.” 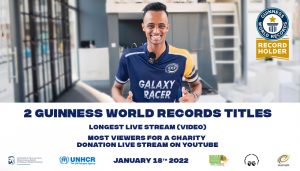 Suleiman’s popularity as a Galaxy Racer-signed content creator played a significant part in the stream’s success. After launching a YouTube channel in 2017, AboFlah rose in prominence through gaming content. He currently has over 24m subscribers on the platform and joined Galaxy Racer’s content team in 2020.

In total, AboFlah stayed inside the glass room in Downtown Dubai for a total of 268 hours, 14 mins 20 seconds. During that time he interacted with fans that donated. Moreover, celebrities such as actor Kristin Davies and Syrian influencer Amr Maskoun donated to the cause.

Speaking about his feat, AboFlah commented: “I am proud and thrilled we achieved our goal and raised over $11m and brought warmth to the lives of those who are deprived of it.

“We have proven that Arab youth are capable of changing reality, even with small deeds, and reaching a bright future.”

Galaxy Racer’s involvement in the charity stream goes further than its association with the content creator. The World’s Coolest Winter campaign was held in partnership with Mohammed bin Rashid Al Maktoum Global Initiatives (MBRGI) and the esports organisation itself.

According to Galaxy Racer, the essential aid that the initiative funded will be distributed with the support of the UN’s refugee agency, the United Nations High Commissioner for Refugees (UNHCR), and the Food Banking Regional Network.

Moreover, AboFlah’s live stream follows the growing trend of esports organisations, and associated entities, collaborating on charity events to raise awareness for good causes. Despite pivoting from the competitive side of esports, content creators and streamers have become an integral part of almost all esports organisations’ strategies.

As gaming, esports and content creation continue to grow and merge, more projects and initiatives are being put in place to help support those in need. By combining the popularity of an influencer with the infrastructure of an esports organisation, both entities can contribute to good causes — whilst also developing brand awareness.

To conclude, the $11m raise won’t be the last charity event AboFlah will take part in, he hinted.

“We definitely have exciting plans in the pipeline and can’t wait to reveal it at the right time,” teased Galaxy Racer’s world record-breaking content creator.