Blizzard Entertainment just released the new Shadowlands Afterlives: Revendreth animated short, which featured former Warchief of the Horde Garrosh Hellscream. The video followed the other Shadowlands Afterlives shorts that came before it, which highlighted the Ardenweald, Bastion, and Maldraxxus realms within the World of Warcraft universe.

Shadowlands Afterlives: Revendreth began with ominous groans of an orc being tormented in a dungeon. The scene was then juxtaposed by light orchestral music with a voice over and the appearance of Denathrius. Denathrius, the leader of Revendreth and the venthyr people, assured his audience that their topic priority and mission continues to involve helping souls atone for their wrong-doings.

“It is through your faithful work that even the most evil and prideful beings may ultimately be spared an eternity in the Maw,” Denathrius told the venthyr people.

It was then revealed that such “evil and prideful beings” have decreased in numbers, which resulted in a dwindling supply of Anima. Anima is a currency in the Shadowlands realm and made up of the souls of different characters.

Garrosh Hellscream, who was once the Horde’s warchief, was cast as an “old reliable” character who supplied essence to Revendreth. The orc was first introduced to World of Warcraft Horde players by Thrall. Thrall, now going by the name Go’el, believed that Garrosh would make a great leader and live up to the Hellscream name.

Although Garrosh once admitted that he was much more comfortable with war and tactics as opposed to politics, Thrall assured him that he would receive the guidance and advice of his peers. 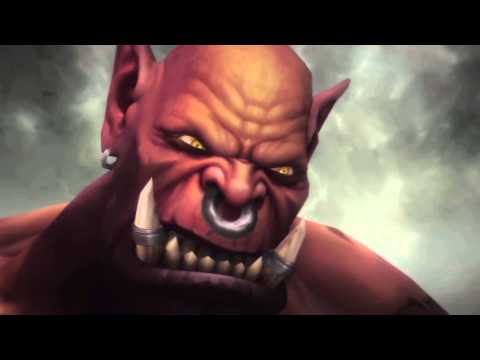 After the events in World of Warcraft’s Mists of Pandaria and Warlords of Draenor expansions, however, it was clear that Garrosh became an antagonist within the game. Thrall defeated his former friend during a battle in Nagrand.

Despite Garrosh’s ability to consistently supply Revendreth with Anima, Denathrius noted that it was not be enough to sustain the population in the long run. Therefore, both the rich and poor had to make sacrifices for the sake of the greater good.

A strategy of rationing and conservation was then implemented, however, those who went against Revendreth’s status quo would be punished accordingly. Denathrius’ promise of “fairness and mercy” contradicted what appeared on-screen, as a meek character was turned into dust right before the audience’s eyes.