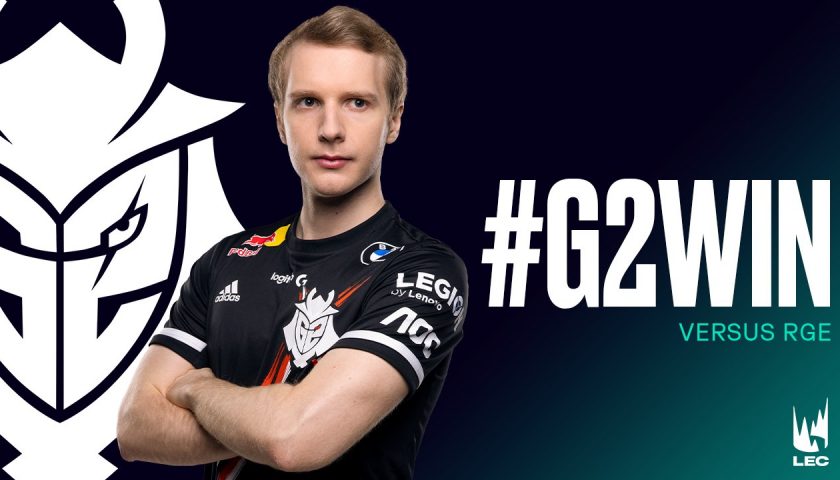 G2 Esports ran away with the win against Rogue in an important game to claim the number one spot of the LEC standings. With this win, Rogue remains winless in their 10, all-time, regular season games against G2.

From the minute Rasmus “Caps” Winther got the first kill, the game never left G2’s control. It was simply a G2 show with Kacper “Inspired” Słoma playing the unfortunate victim of it all. In 28 minutes, G2 wrapped up the game with a 9000 plus gold lead.

Above all else, if this match serves as a preview for the possible LEC Playoff finals, Rogue’s chances of pulling off the upset aren’t great. Despite their brutal defeat, they are still a solid team that excels at controlling the game against other opponents. Yet, somehow, the ever proactive G2 might require following a different playbook.

As a consolation, however, at least Rogue’s composition of Caitlyn, Azir, Lillia, Morgana and Gnar looked better on paper than the comp from their last game against G2. Still, since Caps’ Nidalee capitalized off a Rogue mistake in the midline, their plan to farm up abd fight fell apart.

Caps ultimately walked away with two of G2’s three kills at six minutes in, and Inspired died twice while struggling to impact team fights. Meanwhile, Mihael “Mikyx” Mehle was able to roam the up to mid lane on Leona, creating headaches for Rogue’s Emil Larssen. In the end, all it took was one Baron for G2 to close the game up with a dominant walk through Rogue’s base. Inspired tried to stop it with a baron steal, but the attempt ended in shambles.

no steal for u pic.twitter.com/pFuxI8vTCQ

Regardless of today’s defeat, Rogue still remains the second best team in the LEC. The birth of a back and forth rivalry between both teams will take a lot of time. However, it is clear that any other team looking to raise the LEC Spring Split trophy will most likely have to defeat one of them.