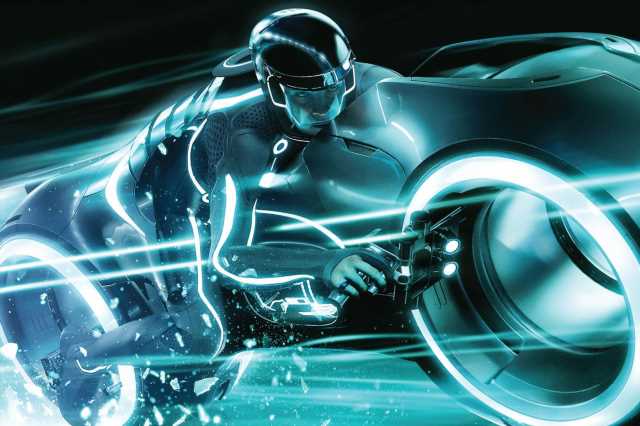 Fortnite could be getting a new Tron crossover, according to a recent leak and a teaser from Epic Games. A short audio clip posted on the official Fortnite twitter account referenced the 1982 movie.

“Make yourself comfortable?” Agent Jonesy says in the clip as he boots up an old computer, referencing the same line from the original Tron. “What is that supposed to mean?”

We can then hear Jonesy yelling as he is presumably teleported inside the computer’s mainframe where he could be going to recruit another hunter to bring into the battle royale. Fortnite has become known for its recent crossovers; Season 5 alone has brought in Kratos, Master Chief, Michonne and Darryl Walking Dead, the Predator, and the Terminator to the game. These are all supposed to align with the season’s bounty hunter theme. A character from Tron could be the next addition.

The crossover has been corroborated by most prominent Fortnite leakers as well. Data-miners released a video of a futuristic portal, codenamed Mainframe, that Tron fans will recognize instantly.

Both the music and visuals match those of recent Tron adaptations, like the 2010 Tron:Legacy movie. This is the only piece of information that data-miners have put out, but the official teaser released by Epic makes the crossover seem more likely.

Characters from other realities have come to Fortnite through the Zero Point, a portal through different realities. It’s Epic Games’ in-game lore explanation for why all these well known characters have come to the battle royale. There’s no set release date for the crossover as it isn’t official yet. Crossovers usually include a skin as well as other cosmetics like a glider, pickaxe and backbling.

The next official crossover is with The Flash. The skin should be coming to the item shop in a week or so, but players can try and unlock him early by competing in the Flash Cup tonight.

Stay tuned to Daily Esports for updates on the Tron skin and all Fortnite news.