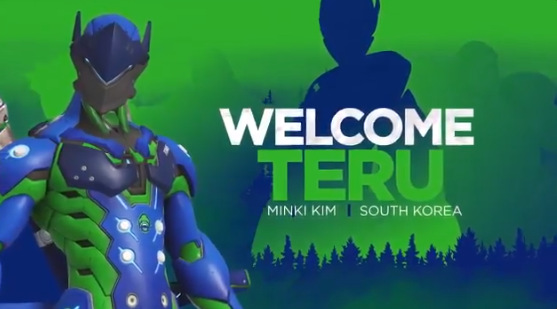 Fans were expecting some signings across the Overwatch League to help complete their rosters, but Vancouver surprised everyone with their seventh man. The Vancouver Titans have signed Korean flex DPS player Min-gi “Teru” Kim, formerly of O2 Blast. After playing over two years in Korean contenders, this prospect finally gets a chance in the big leagues.

Teru’s path to the Titans

Teru first began his journey playing for Armament in 2018, but grew to popularity in 2019 playing for X6-Gaming. After winning one tournament, he moved on to Meta Athena for the rest of the year. He didn’t lead the team to glory, but showed his talent on a great stage. However, for 2020, he moved onto O2 Blast, sticking with them for the entire year. Their first weekly tournament didn’t lead to success, but the rest of the year did. They won their second tournament, and upset everyone to win the first season of 2020’s Korean contenders. Their second season wasn’t as successful, but O2 Blast went from relatively unknown to a talent pool for the Overwatch League.

With Teru leaving now to the Titans, four players have left the team to the Overwatch League. The first was Se-hyun “Pelican” Oh, who joined the Atlanta Reign, then Se-hyeon “Neko” Park joined the Guangzhou Charge as a coach. Lastly, Gyeong-mu “Yakpung” Jo joined the New York Excelsior not too long ago. But, with Teru, that makes four former O2 Blast players in the league.

After their announcements last month, fans weren’t sure if the Titans were going to add more players. Especially since they bulk announced their signings, how long would it be until their next one? Turns out they were just waiting for the holidays to be over. With this signing, this marks the first Korean signing for the team since the infamous exodus of their original roster. With their goal of a mixed roster, Teru’s flexibility makes sense. Adding to DPS depth is always a good idea, as we’ve seen from the champions over the past three seasons. We’ll have to see if Teru works for the Titans, but the team is making the roster stronger.