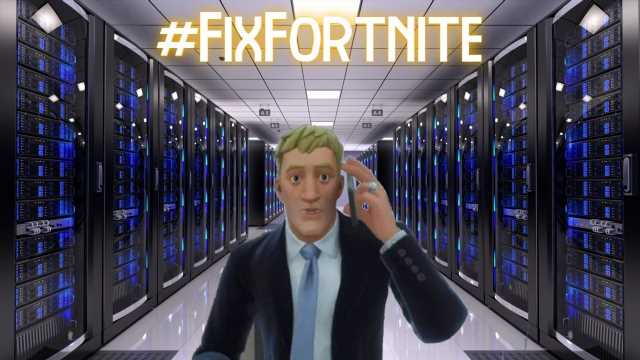 Professional Fortnite players sound off on server lag during a $25K USD tournament.

Fortnite Battle Royale’s servers are under fire once again after an excruciating three-hour tournament worth $25K USD. The FaZe Clan Elite Cup continued a consistent run of competition orchestrated by the homegrown Practice Server, who tirelessly puts effort into the scene. The Elite Cup’s latest installment featured a blend of top Fortnite trios and other teams that qualified through a gauntlet of heats. Unfortunately, unbearable server lag during the event spawned a barrage of complaints from tournament participants. While the community at large tends to exaggerate, the in-game footage provided a glimpse into just how concerning the servers are currently.

Countless participants in the tournament took to Twitter with examples of how much the server lag negatively affected the Elite Cup. Two-time Fortnite Champion Series (FNCS) – Josh “Commandment” Roach – posted a clip showing how he could barely even walk toward his downed teammate, who was just a few feet away. Commandment’s building pieces also were not placing, and editing became impossible. This chaos occurred with less than 70 people alive and at an early less-intensive point in the match. Others such as Nick “NICKMERCS” Kolcheff called the Elite Cup almost impossible to play, given the difficulty building and moving.

The pressure on Epic Games mounted rather quickly on Twitter as professional players piled on the developers. Top Fortnite player and Twitch personality Cody “Clix” Conrod of NRG Esports circulated the #FixFortnite hashtag along with over 2k others in response to the unplayable servers. These issues do not bode well for the competitive scene, especially considering the next $3M USD FNCS competition is mere weeks away. Server degradation has always been a problem in Fortnite, which players overcame in the past. There’s a significant concern that both professional and amateur competitors might have to endure server issues in the season’s most meaningful event.

What is Causing Server Problems?

FNCS Champion Henrik “Hen” Mclean offered one of many theories about the unbearable server lag. Fortnite Chapter 2 – Season 6 introduced raptors, boar, wolves, chickens and frogs into the equation. Additionally, 46 non-player character (NPC) spawns and seven “Spire Assassins” on the map. This combination of factors on top of 100-player lobbies and rapid building could undoubtedly cause server problems. Sadly, theories do not breed solutions.

Competitive players are in for a long season unless Epic can address and potentially fix the underlying difficulties. Members of Fortnite’s development team have occasionally approached player concerns. One year ago, the most recent correspondence occurred. An Epic employee named JShredz on Reddit spoke on the issue. Unfortunately, server lag remains in full force, and players are scrambling for answers. We’ll be sure to update if anything comes through from Epic Games.