Since the release of Cyberpunk 2077, PC players have been fighting tooth and nail to increase their fps. CD Projekt Red didn’t do the best job of optimizing the game, and it’s even making brand new graphics cards sweat. Nevertheless, there are some small tricks you can do to increase the fps in-game. However, players want huge boosts, and up until this point, no mod or tool has surfaced that can accomplish that. Although, a new application, EZ Optimizer, has been making waves since its release and the developer promises 10-30 fps increases.

How to use the EZ Optimizer in Cyberpunk 2077

Players who have already downloaded the application are claiming it really does work. Systems with GPUs like a GTX 1060 are reporting substantial fps boosts that make the game more than playable. 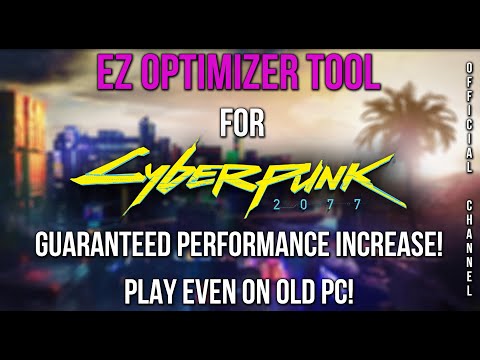 If you want to try out the tool, you can download it from the EZ Optimizer page on MediaFire. Once it’s downloaded, follow these steps to get the application working in your version of Cyberpunk 2077.

There are four different versions of EZ Optimizer. They are “Max Boost, Balanced, Default, Disable Async Compute.” For older systems, the developer recommends using Max Boost. This will offer the biggest fps increase. However, for more modern systems, the Balanced option is recommended. Either option maintains the overall quality of the game but also offers a large fps boost.

If you ever feel the need to delete the EZ Optimizer from your Cyberpunk 2077 folder, simply delete all of the files. Download the application at your own discretion.

Did this help your fps woes? Make sure to stay tuned to Daily Esports for more Cyberpunk 2077 guides and news.