The exclusive partnership will see both parties showcase the Esports Tower Rumble series to a global audience. 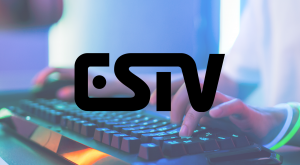 David Adams, CEO and founder of Esports Tower, spoke on the announcement: “We are thrilled to partner with Eric and the team at ESTV. Their global platform is found on family-friendly devices and viewable via Samsung TV Plus, Roku, Amazon Fire, Sling, and many other providers in over 46 countries.

“We strive to do more than any other amateur organization to get our players seen and considered for collegiate and pro-opportunities. Partnering with ESTV is a natural step in helping our ‘generation-Z’ athletes expand their personal brand while supporting our college partners seeking to recruit top talent for their varsity teams.”

According to the release, the addition of ESTV is expected to increase the viewership of the series to reach over 150,000 unique viewers weekly per game title.

Geoff Kowalski, Chief Revenue Officer of ESTV, commented: “We experienced some of the highest tune-in rates when we piloted Esports Tower Rumbles last month. Esports Tower’s gameplay is compelling, and their interviews and editorial content provides interesting and entertaining insights into what happens behind the scenes, showing what players do to advance both their gameplay and goals to go pro.

“It will be a great addition to ESTV programming and sponsorships, given its appeal to elusive teen viewers and their families.”

Founded in 2019, Esports Tower is an amateur training esports club that provides young players with professional coaching and access to educational series, webinars and college programmes, as well as esports professionals and scouts. The organisation claims to be the largest developmental esports club for amateurs in North America.

Esports Insider says: Esports Tower is an organisation that actively contributes to growing the new generation of esports athletes and professionals in the North American region. Given ESTV’s target audience and reach, this alliance has the potential to inspire more young people, bolster the future generation of esports professionals and even bring esports closer to being recognised as a viable career option by a wider public.