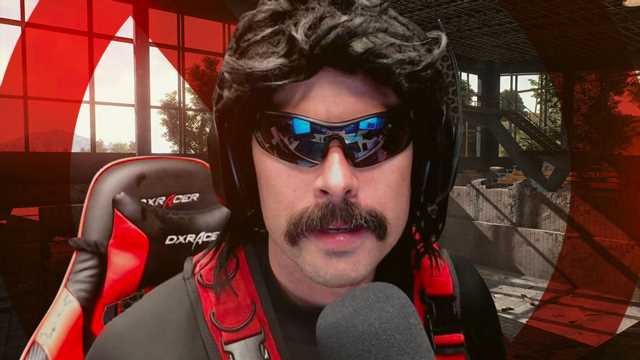 The year 2020 was a great period for video games financially. With COVID-19 protocols in place, many citizens around the globe were forced to stay home. Well, without much else to do, gaming took off as many’s way of passing time while quarantining themselves from the outside world. Games like Call of Duty: Warzone, Among Us, Fall Guys, and Cyberpunk 2077 all exploded onto the scene with millions of players hopping on daily. While each game did come with a little controversy, fans were playing nonetheless. Unfortunately, it seems these games haven’t impressed renowned streamer Guy “DrDisrespect” Beahm.

While there are certainly huge multiplayer titles on the market right now, all seem to feature major issues. Warzone has an abundance of cheaters and the controversy of Skill-Based Matchmaking. Fortnite, according to a large number of players, isn’t what it used to be. Among Us and Fall Guys both fell off slightly after their rise to popularity. As it stands right now, there’s no real dominant game on the market.

In years past, there have been games like Fortnite that simply take over and most players have few complaints. However, with this current issue-plagued state of gaming, fans are beginning to desire something more. One of these fans is DrDisrespect, who recently took to Twitter to explain his thoughts on today’s games.

In short, it appears DrDisrespect, along with thousands of other fans, is longing for the next “big thing.” While COVID-19 restrictions have certainly played a part in the lack of games being released, the community is still waiting for something great to come along.

Some fans are asking for the next revolutionary battle royale to release. Others are asking for a huge, open-world MMORPG to sink hours into. Streamers like Tim “TimTheTatman” Betar have been asking for a World of Warcraft-like game for years.

2021 has some solid games on the docket but will any of these truly take over the industry? Like many others, DrDisrespect is waiting to see what the year brings.

Make sure to stay tuned to Daily Esports for all gaming news.