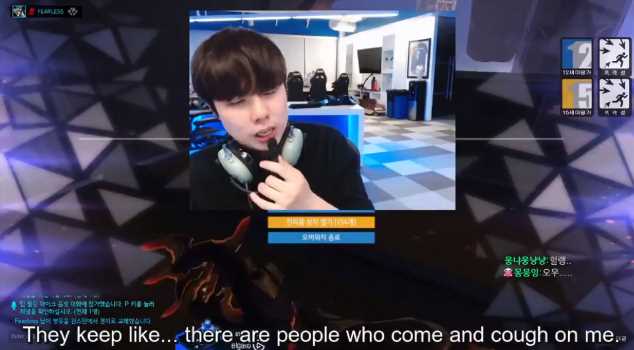 Dallas Fuel’s main tank player Eui-Seok “Fearless” Lee recently opened up on Twitch about how he and his team are experiencing racial abuse while living in Dallas during the COVID-19 pandemic.

“Being Asian here is terrifying,” Fearless said on stream, as translated by Florida Mayhem manager Jade “SwingChip” Kim. “People keep trying to pick fights with us. Every time they see me, Americans come up to us and there’s even people that cough on us.”

After moving to the United States to play in the Overwatch League, most players experience homesickness or loneliness. However, Fearless spoke about the racial discrimination that he and his team have experienced in Texas. He mentions that people do not wear masks and they berate him and his teammates.

Abuse towards Fearless and Asians during the pandemic

The video begins in a relatively normal fashion; Fearless shares his thoughts on moving from Korea to the United States and his general worry about the COVID-19 pandemic. But, after mentioning how he goes shopping in Koreatown, he elaborates on the discrimination that he’s faced while walking around.

There has been an increase of hate crimes against Asians and Asian Americans during the COVID-19 pandemic. President Joe Biden has introduced a half-dozen measures to help combat the rise, including more funding for survivors and a the creation of a task force to address pandemic-fueled xenophobia that has led to Asian Americans to be “attacked, blamed, scapegoated and harassed.”

Fearless also spoke about the abuse that Asians endured before the pandemic. He warns that now, more than ever, people living abroad need to go about their lives carefully.

“COVID is really bad here,” he said as subbed by a translator. “So it’s scary.”