ESTNN takes a look back at 2020 and crowns CS:GO’s Player of the Year.

Professional Counter-Strike: Global Offensive player “ZywOo” Herbaut had himself quite the year in 2020. Although the COVID-19 pandemic effectively eliminated any shot at consistent offline major events, that didn’t stop ZywOo from continuing to elevate his name after an impressive 2019. In his second year with Team Vitality, the 20-year-old Frenchman accomplished just about as much as any player in 2020 could given the circumstances. It wasn’t easy to make the necessary adjustments during such an odd year in competitive CS:GO. ZywOo exhibited true leadership qualities as he and Team Vitality managed to bounce back from some early season adversity.

ZywOo rallied troops after a heartbreaking 2-1 loss to Complexity at the BLAST Spring 2020 European Finals in June. Unfortunately, the untimely defeat meant the Frenchman and his teammates would settle for second place. Five months later, Team Vitality made the necessary adjustments to ensure that history would not repeat itself. Led by ZywOo, Vitality proceeded to pick up a massive victory over rival team Natus Vincere in the Intel Extreme Masters XV competition. It was a close match, but a win nonetheless over s1mple and company.

To round out the season, ZywOo yet again led Team Vitality to victory, this time over a surging Team Astralis roster at BLAST Premier: Fall 2020. The 20-year-old finished second in HLTV’s player ratings after the event with a 1.36, behind only s1mple. It was quite a comeback for ZywOo and Team Vitality, who had a shaky start to the 2020 season. 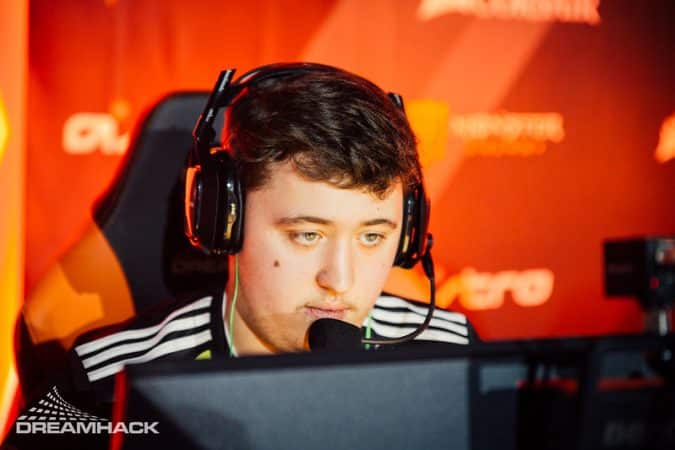 In total, ZywOo helped Team Vitality claim four tournament wins in 2020. His contributions to the team earn him a nomination for “Best Esports Athlete” at The Game Awards 2020. The story of the season came down to ZywOo and s1mple, who were unquestionably the two standout players of the entire online season. Although the year ended on a sour note, ZywOo finished tied with s1mple as the highest ranked player according to HLTV.

Although ZywOo and s1mple put together nearly identical statistics this season, there can only be one ‘Player of the Year’. ZywOo’s versatility, ability to adapt and added value to Team Vitality are difficult to ignore. He’s experienced a meteoric rise to this point in his young career with no signs of stopping. 2020 was just another installment to ZywOo’s consistency as a teammate and an individual player. For those reasons mixed with his team’s success, ZywOo is ESTNN’s player of the year.