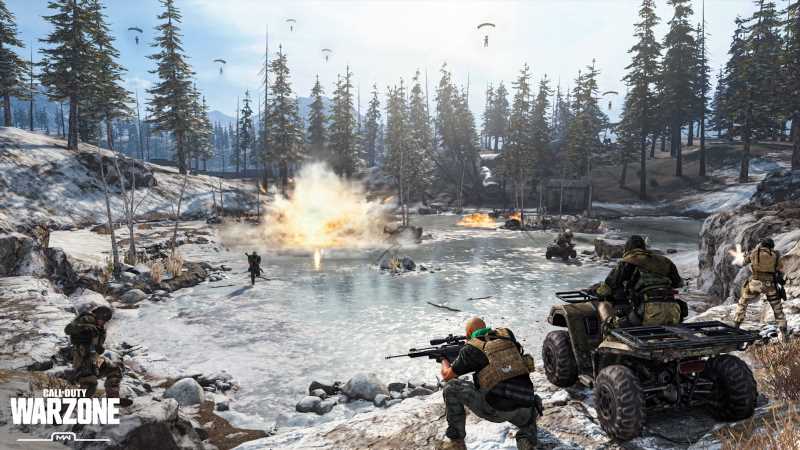 Players have found a new companion app which could mean the end of competitive Warzone.

Skill Based Matchmaking has been one of the most talked-about topics within the Call of Duty community since the release of Warzone. SBMM looks at each player’s stats and puts you up against players of a similar level. However, this can be exploited. We have previously seen professional Warzone players “reverse boost” and lower their stats so that they can get easier lobbies, and in turn, have a higher chance of winning a tournament.

Recently, players discovered a Warzone Companion App which shows players on both PC and consoles the K/D ratio of all players in their lobby before the game even starts. Essentially, this allows players to choose who their opponents are.

Last night, popular Warzone streamer JaredFPS showed off this companion app, and said how he feels it “ruins the competitive integrity of Warzone.”

Players could easily use this to their advantage in high stakes Warzone tournaments. They could back out of lobbies until they find one with a 0.8/0.9 average K/D. Another major worry with this is that it is almost impossible to see if a player is using this as you don’t need to have it installed on the PC you’re playing on.

Jared goes into further detail, explaining how the app showed fellow streamer, itsEyeQew as a “potential hacker” within the lobby. In reality, EyeQew is simply a good Warzone player who was playing Subscriber matches at the time. This means that top Warzone streamers such as Tommey and Rated would be identified as “potential hackers” and this would result in players using the app leaving the match.

Unless Activision removes the API that is being used by this program, there doesn’t seem to be a way of banning its use. Instead, Warzone competitors may need to trust each other until a solution can be found.