With 2019 coming to a close shortly, Call of Duty League organizations are starting to recruit more personnel. While every team has a set starting roster, not every squad has a coaching staff or substitutes. However, as the first CDL match is about a month and a half away, teams have enough information to start adding personnel. The Seattle Surge and Atlanta FaZe have recently added to their staff and roster, and now the Chicago Huntsmen joins them. Though Chicago has a stacked roster, they have yet to announce a coach or any substitutes. Now, however, they have announced that they’ve signed an Analyst focusing on Search and Destroy.

If you watch any Modern Warfare on Twitch, then chances are you’ve heard of Chicago’s newest Analyst. John “x2Pac_ThuGLorD” Hartley was revealed to be the Analyst for the Huntsmen with an introduction video on Twitter. 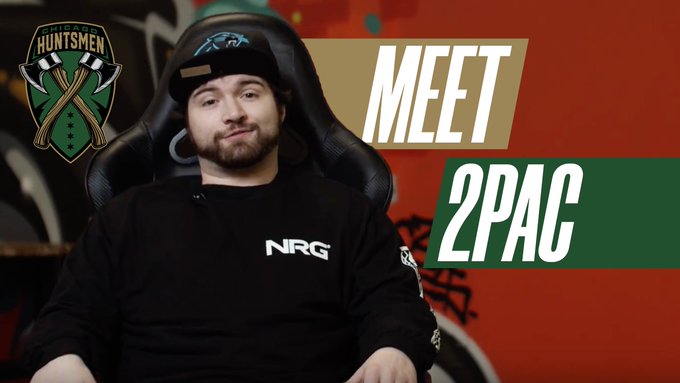 If you’re unfamiliar with 2Pac, he’s a very popular Twitch streamer who is currently the 8th most-watched Modern Warfare channel. He has been around Call of Duty since the beginning, being one of the pioneers of the online tournament scene.

The Huntsmen have yet to announce a head coach or any substitutes. However, there are some rumors as to who they are interested in. It’s highly unlikely Chicago will head into 2020 without a coach or subs, so look out for that news soon.

Do you like the signing of 2Pac for the Chicago Huntsmen? Let us know, and keep up with Daily Esports for all of your Modern Warfare coverage.