The latest update to Call of Duty: Warzone introduced several bug fixes to multiplayer and the popular battle royale mode, but it also introduced a new bug to the Superstore location. Warzone players are finding large amounts of cash inside Superstore that gives them a considerable advantage over their enemies.

A Warzone player uploaded a clip earlier today of their team landing at Superstore, a popular spot with high-tier loot. But they didn’t expect to find a bag with $12,000 just laying on the ground since this usually only appears in the Plunder game mode. They were further surprised to find several bags around the building and in almost every crate they opened. The player and their teammates accumulated over $80,000 in less than a minute, which is nearly impossible to do in regular Warzone matches.

Other players confirmed they also have found large amounts of cash in Superstore after updating their game. Some even claim that players are dropping into matches with their custom loadouts instead of a handgun. These bugs might indicate that the latest patch is confusing the Plunder loot system with the traditional Battle Royale system.

Players spawn in with their own weapons in Plunder and race to accumulate the most cash in the lobby to win. Bags of money are commonplace in this mode and don’t have as much of an effect as they do in regular Warzone matches. This error allows anyone who survives the initial onslaught in Superstore to have a massive advantage over enemies since they’ll have access to their loadouts and other premium items faster. 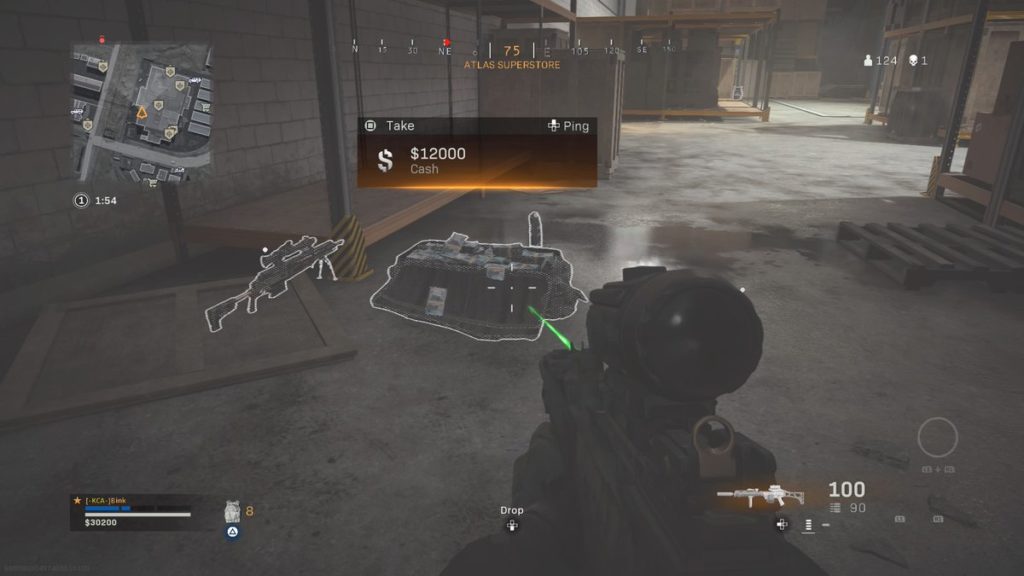 Dot Esports tried to recreate the bug in a few solo games on the latest patch and managed to find similar results. The bug isn’t an isolated event and seems to be impacting a significant portion of the player base. The glitch isn’t listed on the Infinity Ward Trello Board yet, but the considerable problem should be addressed soon.