Sometime in the coming weeks, Call of Duty: Modern Warfare will receive a new battle royale mode. Reportedly named Call of Duty: Warzone, this mode is rumored to be releasing as a free-to-play standalone title. Activision has yet to comment on the matter, though they are taking legal action against a leaker. So, while we don’t have any official news, the pieces to the puzzle are slowly coming together. This includes Warzone’s potential reveal date, which could arrive this week at PAX East, according to a source.

As with all leaks from inside sources, the following information is purely speculative. Though the source could be legitimate, we have no way of knowing for sure. That said, what the source is saying seems to make sense in terms of Activision’s plan for Warzone.

A Twitter user by the handle @ModernWarzone seems to have pieced the evidence together. PAX East is taking place this week in Boston, Massachusetts and Call of Duty is scheduled to make an appearance and has three dedicated booths. However, according to ModernWarzone, only one is officially dedicated to Modern Warfare.

Here we go. All aboard the hype train. We have evidence that leads us to STRONGLY believe that #Warzone will be released on Tuesday 2/25 barring a live launch at PAX east. Evidence will be in a thread linked below. This is speculation and is not in any way a guarantee.

1. Pax East has 3 booths concerning COD. 2 are listed as Modern Warfare, however one is only listed as COD. Which lines up with the fact that Warzone will be a stand alone separately downloadable game. This information was provided by @onqore. 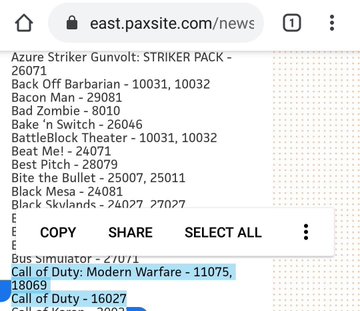 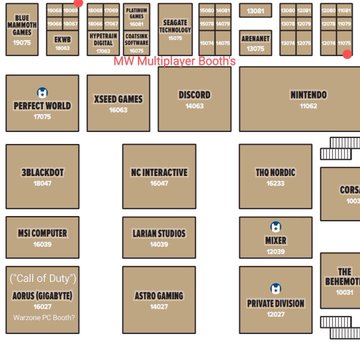 In terms of an actual reveal date, ModernWarzone thinks there are a few different possibilities.

We believe that #Warzone will either

B) the associated media embargo will be lifted 2/25

C) Activision will do a live release at PAX east on Thursday the 27th. (very unlikely given evidence)

While it’s possible the reveal will take place at PAX East, the leaker doesn’t believe this is the case. Instead, they strongly expect the reveal to occur on Tuesday, Feb. 25. When ModernWarzone asked their source about this date, it seemed to confirm that Tuesday is when we’ll be seeing Warzone.

Everyone’s asking about my official source. They wouldn’t confirm or deny through explicit wording, they however provided some of this information as well and STRONGLY sided with the projected date we have published. Which is why I didn’t include my source. No confirmation.

However, leaks are false more often than not, so we can’t be sure of anything. If Warzone does end up being revealed this week, we’ll be sure to have all of the coverage here at Daily Esports.