The final planeswalker in the upcoming Theros: Beyond Death set, Calix, Destiny’s Hand, was revealed today.

Set to release on Jan. 24, Theros: Beyond Death (THB) is filled with enchantments. Containing a total of 254 cards, over 50 of the THB spoilers are classified as an enchantment. Calix, Destiny’s Hand helps a player find key enchantment cards and removes your opponents’. 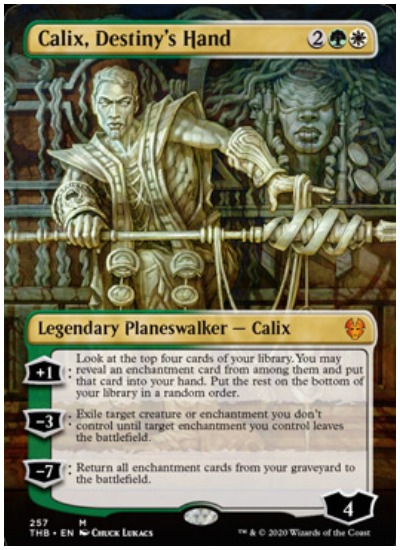 His minus-three is only good as long as Calix’s controller has an enchantment on the battlefield. But that shouldn’t be too much of an issue since his plus-one finds an enchantment through searching the top four cards of a player’s library.