It’s bringing a new takeover, another collection, a new gadget, and nerfs to Caustic and the Mastiff. 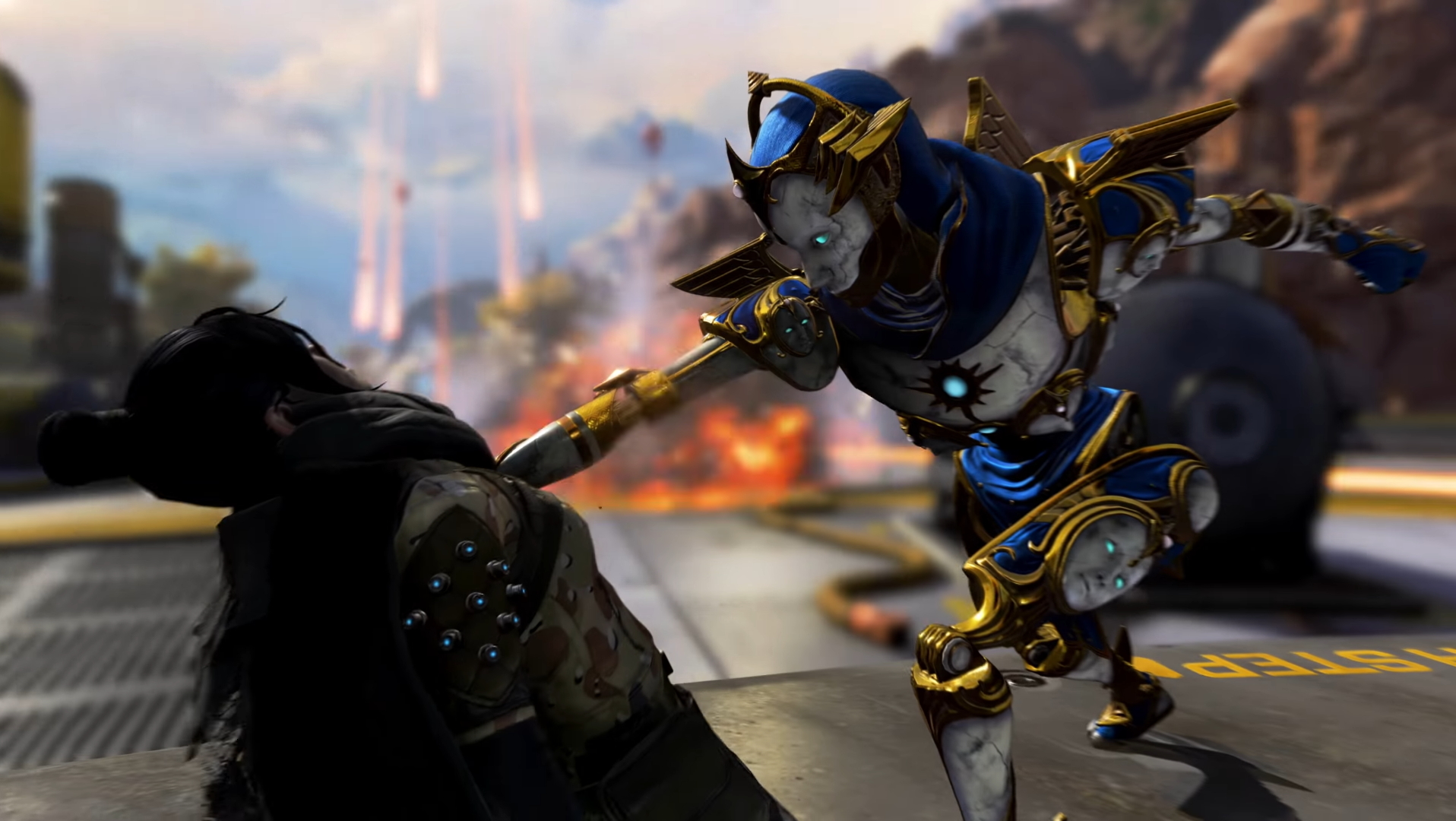 Apex Legends’ Chaos Theory collection event is now live with a series of changes and additions. The event is bringing everything from Town Takeovers to game mode takeovers, including a new collection, Bangalore’s heirloom, a balance patch, and no-fill matchmaking.

Players have until March 23 to dive into Chaos Theory and experience the Ring Fury game mode or snag their favorite cosmetics. Not everything is going away after two weeks, however. Bangalore’s heirloom and the Caustic Town Takeover in Kings Canyon are staying, and so is a new piece of equipment called the Heat Shield.

It wouldn’t be an Apex event without a new game mode and Chaos Theory is bringing the new Ring Fury Escalation Takeover. The new ruleset ensures no one is fully safe from the ring—even if they’re inside it.

In Ring Fury, players will encounter pockets of energy inside the arena. These Ring Flares will expand and deal the same amount of damage as the closing circles but will appear with some warning and indicators on the map. Legends will also call out before the flares spawn.

To counter the deadly ring, Respawn introduced a new accessory called the Heat Shield. These portable domes will protect squads from any ring damage (including flares and the ring itself) and improve healing item speed by 50 percent and grant 25 percent faster revives when it’s active. But the shield only triggers the bonus effects when taking damage from the ring. 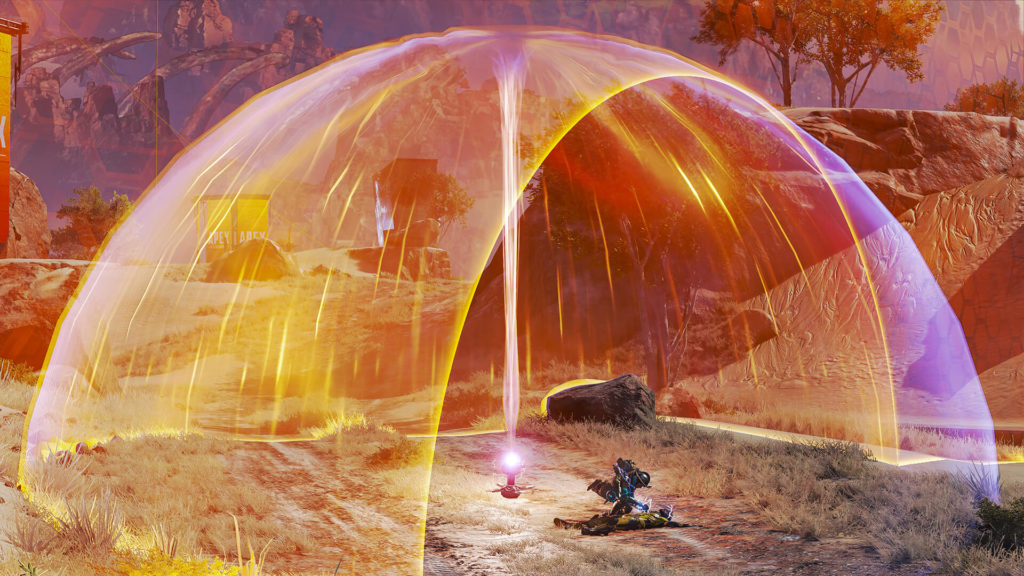 The closing ring will gradually deplete the heat shield’s reserves and higher ring damage means the gadget will drain even faster. Legends can carry a Heat Shield without taking up inventory space. The new equipment is going into the newly-introduced “Survival Slot,” suited for Heat Shields and Mobile Respawn Beacons. The dedicated space is separate from the normal inventory and “aims to eliminate the choice between normal loot and situational utilities,” according to Respawn.

After the Takeover ends, both the Heat Shield and the Survival Slot will stay in the game to offer new avenues of playing Apex.

Ring Fury isn’t going to be the same every day. The new mode is an Escalation Takeover—which, according to Respawn, means that the developers will turn up the heat every few days to “crank up the prevalence, timing, and size of Ring Flares.” Diving into the mode at launch, during, and in the final days of the event can make for a different experience, even with the same ruleset.

Kings Canyon is looking different after the new update. Caustic has taken over Water Treatment to test his new toxin and the result is a gargantuan building that constantly emits toxic fumes—a page straight out of a James Bond villain playbook. 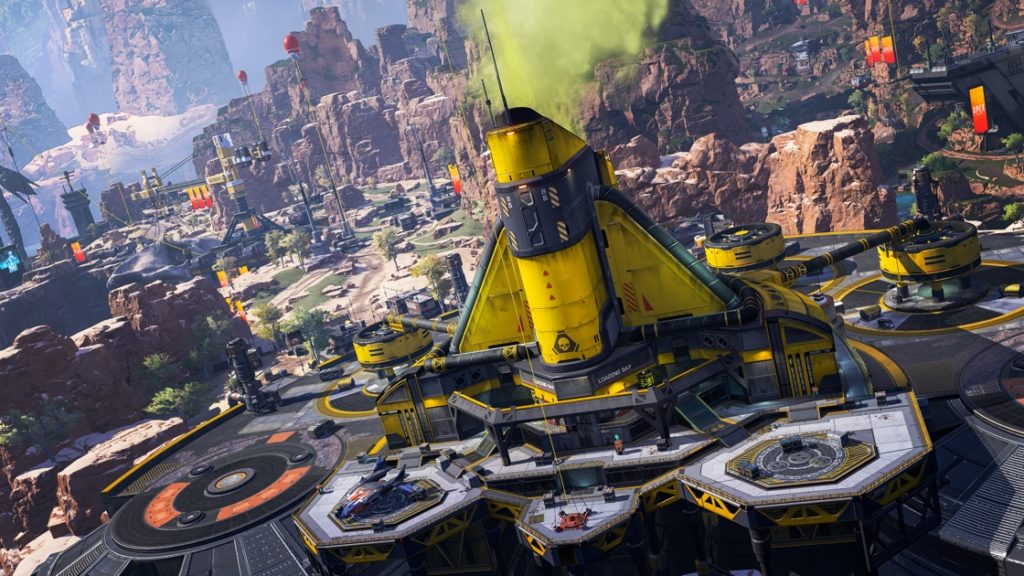 The new Caustic Treatment appears to trade the narrow hallways and rooms in the old POI for larger, bigger areas, while still maintaining the industrial theme. Fighting in it could feel similar to engaging in Sorting Factory, with a twist: the new building is the stage for Caustic’s experiments.

In a Saw-esque twist, Caustic has locked four gold items in cages in the center of the facility and drenched them in a toxic liquid. To get the gear, players will have to disable the liquid, get the loot, and rush back before it starts flowing again. 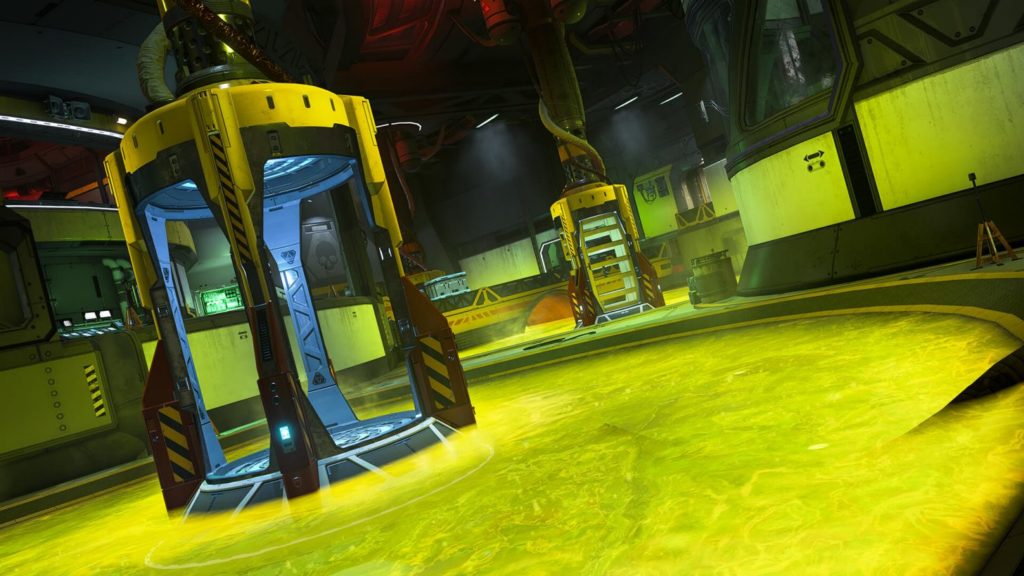 Respawn teased Caustic’s Town Takeover in a series of in-game voice memos that hinted at Caustic finding a new toxin in Kings Canyon and wanting to use the Water Treatment plant to refine it. The result is an overhauled (and horrifying) take on the former POI. Mirage Voyage is also out of Kings Canyon for the time being—few things can ruin a party as easily as toxic fumes.

As expected, the Chaos Theory Collection Event brings in dozens of new cosmetics for both legends and weapons, which range from Caustic’s cowboy look to Loba’s gladiator battle armor. In addition, the free event track awards players with a series of gun charms and skins for Horizon, the EVA-8, and the Kraber, as well as badges from completing certain challenges during the event. 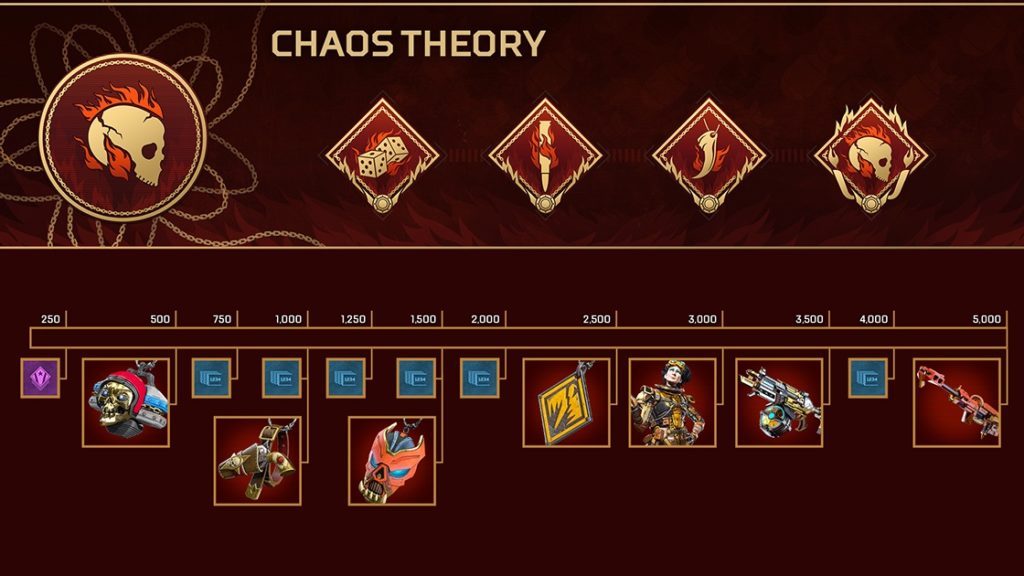 As usual, players who acquire all 24 items in the collection will receive a grand prize for free—in this case, Bangalore’s Heirloom set. The melee weapon skin is a pilot knife taken from the hands of a fallen enemy that Bangalore has added her own personal touch to.

Players can dive into Apex without any squadmates, and not through the fault of a connection bug. Respawn introduced no-fill matchmaking in the Chaos Theory patch, a way to offer a teammate-free experience in casual modes—although it’s not particularly solos.

The new patch shows a box titled “fill teammates,” which is enabled by default. Unchecking it will prevent the game from filling the party with other squadmates, but the game will follow as normal. This means that players will fight single-handedly against squads of two or three players. Respawn also implemented a limit that caps the maximum amount of no-fills at six per match.

The Chaos Theory patch made significant balancing adjustments to a wide range of legends. Particularly troublesome elements, such as Caustic, Gibraltar, Horizon, and the Mastiff, received some nerfs with the new patch. Pathfinder, Rampart, and Wattson all got an extra dose of firepower with a series of buffs—including the removal of Low Profile on the MRVN.

Caustic bears the brunt of the changes. His Nox gas will damage at a flat rate of five HP per tick, instead of ramping up damage based on how long an enemy was in gas. The new number is a particularly drastic reduction in the Toxic Trapper’s firepower. His toxins would start ticking at six HP per damage and cause more harm over time. The cooldown on his ultimate was increased to 3.5 minutes (up from 2.5), too, as another way to curb his damage potential.

Horizon and Gibraltar also saw small tweaks in their kit for now, with the removal of fast healing when inside Gibraltar’s Dome Shield and an increased cooldown on Horizon’s ult. The two legends, however, are slated to see more changes in future patches, according to a developer.